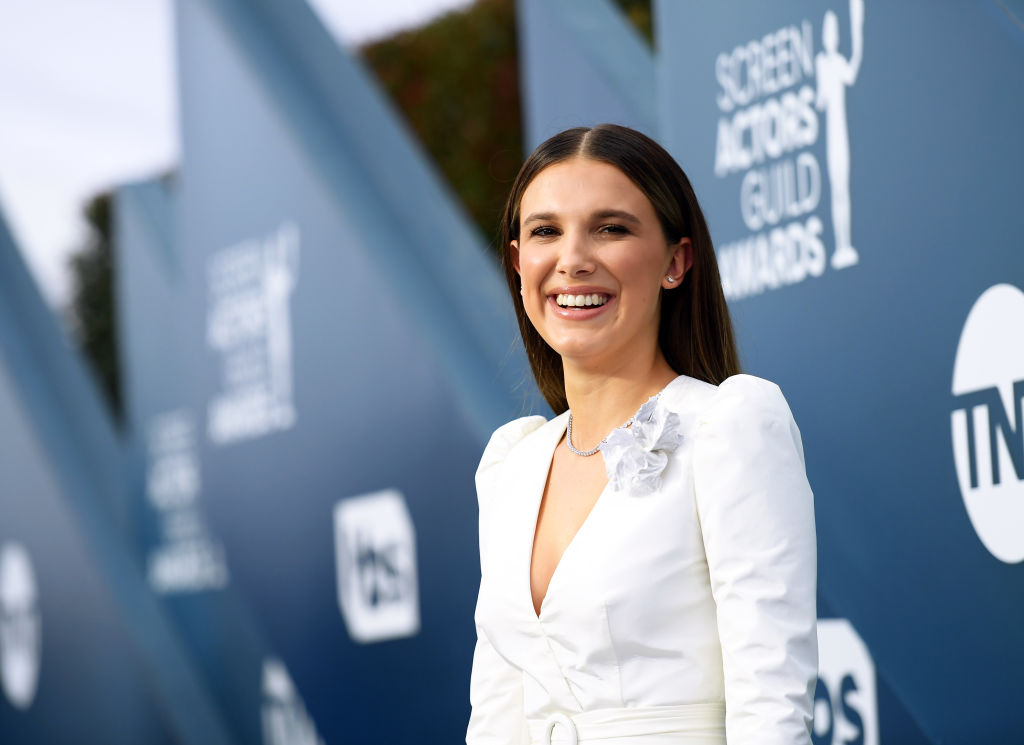 According to Sam Claflin, or better known as Mycroft Holmes in the Netflix movie "Enola Holmes," Millie Bobby Brown is simply a powerhouse.

Despite her age, she is not intimidated by the pressure on the set. In fact, it seems as if she thrived in it despite playing the titular role of Enola.

This is why Claflin, who had to play the annoying and mean brother to Sherlock and Enola, said it was easy to play his role. Millie's energy and efforts were worth matching with his own. Enola bore the brunt of Mycroft's harsh side throughout the movie, but Millie played the part too well so Claflin also stayed committed to his role.

Claflin noted that Millie allowed him to be mean "without feeling that guilty" due to her being "so focused and so professional".

This is hardly the first show where Millie Bobbie Brown wowed her fans and co-workers with her devotion to acting. She seems to take all the roles thrown at her, whether small or big, with tenacity and delivers beyond. Claflin added that she displays all the tenacity without losing her childlikeness since she is just 16 anyway.

If you're a new fan because of "Enola Holmes" and want to see her act in other genres, then below are four shows where she was part of and impressed.

Before the role "Enola Holmes" fell into her lap, she is more known as Eleven of "Stranger Things." Actually, Millie may still be since the series is still running and remains widely watched.

She was able to secure the role at the tender age of 12. Since then, she has received two Emmy Award nominations for how she gave justice to the character of Eleven. The said character is a troubled girl with out-of-this-world powers.

Through this role, she became a household name. Before becoming Enola, her role as Eleven made her perfect for other projects such as being UNICEF's Goodwill ambassador at the age of 14. She is the youngest to take on this role so far.

Funnily, after taking on the outspoken role of Enola Holmes, Millie said Eleven actually do not speak much in comparison.

"Filming this film made me realize Eleven doesn't speak very much in Stranger Things, and here I was learning paragraphs and monologues every day. I surprised myself that I wasn't messing up!" she said in an interview about Enola Holmes.

To think she's not speaking much in :Stranger Things" and people can still remember her, that's great acting!

Before bagging her breakthrough role at 12, she was doing guest appearances on various shows. One of them is the popular "Grey's Anatomy."

Brown appeared in just one episode, but her acting prowess was quite noticeable. She appeared in Season 11 Episode 15 called. "I Feel the Earth Move." Millie played Ruby, a mother who became sick after an earthquake.

It was not an easy role for a young girl. She had to save her own mother's life and had to take directions from Owen, just by phone. It was one episode, but it was quite a memorable one. It might have been what the "Stranger Things" casting director considered when deciding to cast her.

Millie was also in the funny "Modern Family."  She appeared on the series' 138th episode overall, or Season 6 episode 17. The title is "Closet? You'll Love it!"

It was a very short scene but still. Lizzie, her role, got her bike stolen by Manny Delgado, and that's it. She's the cutest, though.

At just the tender age of 10, she already got to play a murderous sociopath, Rachel.

Rachel does not like to be shipped to a mental institution, so she murdered her mom to be with her father. It was a disturbing role for her, but she showcased just how versatile of an actress she is.