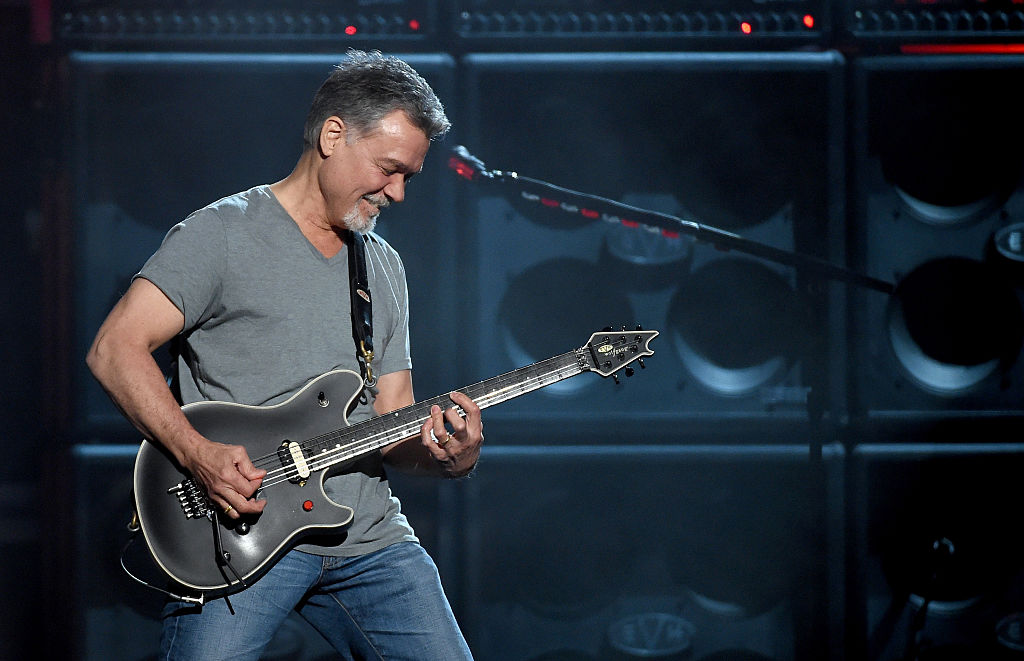 Eddie Van Halen's last days were not easy, as it was reportedly painful and dreadful.

Van Halen's son, Wolfgang, confirmed the death of his legendary father in a sad tweet, expressing his disbelief over the turn of events. He added that he is struggling with the loss, noting that Eddie was the best dad ever.

"I can't believe I'm having to write this, but my father, Edward Lodewijk Van Halen, has lost his long and arduous battle with cancer this morning."

Van Halen died due to throat cancer that has spread all over his body. Unfortunately, his life in his final moments was not easy at all.

Wolf did not give the exact details of what went down on the legendary musician's last days, but a source close to the guitar god gave some harrowing details.

Speaking to People magazine, the source revealed that Van Halen saw a "rapid decline" in the last three days of his life -- more than the pain he battled with over the years.

The source first commented that the cancer was the result of the musician's "hard-partying lifestyle." The insider then said the massive decline happened when the cancer cells spread all over the rocker's organs.

In his last months, the coronavirus pandemic served as an additional threat to his health. This is why close family members made sure to be more cautious and protective. A second source, however, said that even though the people close to him knew he had cancer, not everyone knew exactly the extent of it. They did not think he was suffering greatly.

He hid it well.

It can be remembered that back in 2015, Van Halen already spoke about having tongue cancer, but he downplayed it. He talked about the subject as if its nothing. At the time, he even told Billboard that one-third of his tongue had been removed because of cancer, which already spread to his esophagus.

"I used metal picks -- they're brass and copper -- which I always held in my mouth, in the exact place where I got the tongue cancer," he said at the time. "Plus, I basically live in a recording studio that's filled with electromagnetic energy. So that's one theory. I mean, I was smoking and doing a lot of drugs and a lot of everything. But at the same time, my lungs are totally clear. This is just my own theory, but the doctors say it's possible."

According to Billboard, the surgery had affected how Van Halen talked, but it did not really alter his mobility. He was working out then and even planning a 40-plus-date North American tour.

Hours after his death, Van Halen's wife broke her silence and shared how devastated she is with the news. Janie Liszewski posted a tear-jerking Instagram tribute to her late husband and described her heart and soul as shattering into million pieces.

She also wrote that even though their marriage had its ups and downs, their connection had always remained strong.

Tributes poured in from other rock legends such as Kiss frontman Gene Simmons, as well as members of the Red Hot Chili Peppers and avid fans all over the world.