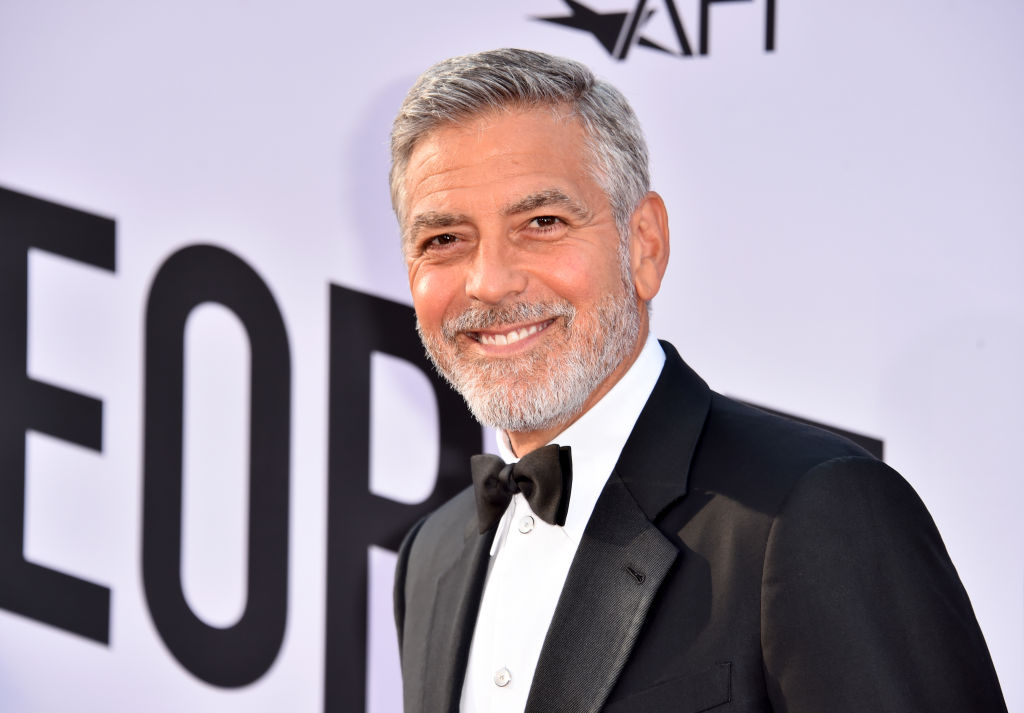 George Clooney being mistaken for Jeffrey Epstein would not have been a problem if the latter was not a convicted criminal. There's something naturally insulting and terrible about being likened to a pedophile, even if it is just in appearance.

According to Page Six, Clooney's normally quiet world was shattered a bit when social media people with partisan agendas started to post photos that were supposed to feature Chris Wallace of Fox News on Epstein's so-called pedophile island with the convicted pedophile himself.

Wallace and Epstein Together?

The image garnered several comments and shares, with one reading "No wonder Chris Wallace is a staunch anti-Trumper. He's been to Epstein Island."

The photo showed a handsome, neat, and wealthy middle-aged man helping Wallace onto a boat. FastCheck.org, however, decided to check out the authenticity of the viral photo and found out that the man said to be Epstein is not even him.

Instead, it is another affluent man -- George Clooney.

It is unclear if the picture was shared without malice and full belief that that the man is Epstein, OR with malice that is designed to attack Wallace.

Trump supporters have been targeting the Fox newsman ever since last week because President Trump himself insisted that Wallace treated him unfairly during the first presidential devate. If he's with Epstein, then Trump supporters can further attack him.

Fortunately for Wallace and unfortunately for Trump supporters (even for Clooney), the man in question in the photo is not Epstein.

Wallace and Clooney met up when the former visited the movie star at his digs in Lake Como, Italy. A spokesperson for Wallace confirmed that there was a mistake. Reps for Clooney did not bother responding.

FactCheck has concluded that this was truly a malicious tactic to discredit or at least place Wallace in a bad light. Many people online can be duped, after all, especially those who do not bother to verify the authenticity of what they read online.

According to FactCheck, this is a very common dirty ruse. The site said it had run several stories already of fake posts designed to discredit some important figures by tying them with Epstein. Usually, innocent images are doctored or photoshopped.

Even President Donald Trump has fallen prey to this. There was an innocent picture of him kissing his daughter Ivanka on the side of the head but was turned vile and unpalatable by placing a smiling Epstein into the picture. Epstein was made to look as if he is enjoying seeing a father kiss his daughter, seemingly implying that Trump's intentions towards his own daughter were more than just paternal.

Wallace's visit to Lake Como is widely known. In an interview with Politico in 2012, he said it was a great place with good food and wine.

What Is Happening with Jeffrey Epstein's Case?

In the most recent development of Epstein's case, there is already a subpoena for his accountants so they would reveal his financial records.

Bella Klein, one of the accountants, is said to be aware of Epstein's activities -- alleging she was running the pedophile's sex-trafficking scheme for his private Caribbean island. She has a month to respond.