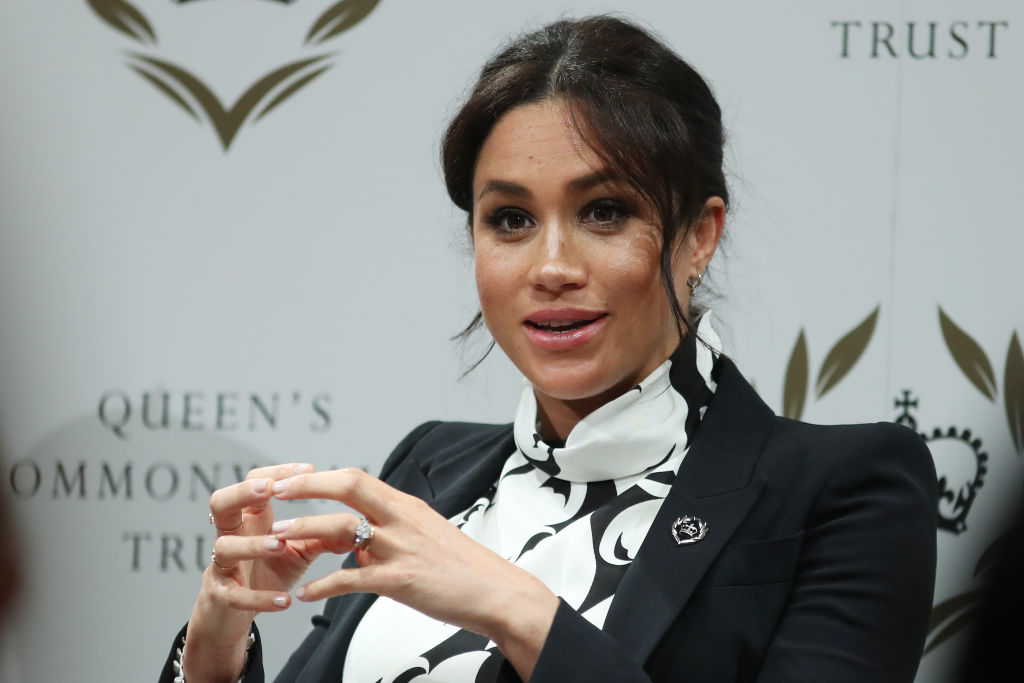 Despite their decision to officially resign as senior members of the Firm, Prince Harry and Meghan Markle are still being haunted by their past, including the tension between them and the members of the royal family.

Royal author Robert Lacey, who wrote the upcoming biography about the Duke of Sussex and Prince William titled "Battle of Brothers," claimed that there is bad blood between the Palace and the "Suits" alum.

In his interview with The Sunday Times, Lacey pointed out the "personal animosity" of some members of the royal family to the Duchess of Sussex and vice versa.

"There was personal animosity in the Palace towards Meghan - and the feeling is mutual. There was somebody in the Palace - and I can't name them - who hated Meghan. There is no love lost there."

The former Hollywood actress joined the monarchy in 2018 after she married Queen Elizabeth II's grandson at the famous St. George's Chapel in Windsor Castle.

Following the royal wedding, her relationship with Prince Harry and her fellow senior royals was tainted by intrigues and controversy.

She was dubbed as "Duchess of Difficult" for being demanding and having some attitude problems towards the royal staff.

Meghan was also accused of "destroying" and causing a rift in the Duke of Sussex's relationship with other royals, including his brother, Prince William, and cousin, Princess Eugenie.

The royal author also revealed that the Palace was surprised that Prince Harry dated the former actress.

"The Palace expected Harry to marry a nice girl called Annabel or Henrietta and to go and live in the country. They didn't expect this bombshell," Lacey claimed.

The 39-year-old Markle is different from the women that Prince Harry used to date. The California-born star is the first royal who is biracial to marry into the monarchy. The fact that she is also divorced and a former actress caused shock in royal circles.

The "Most Trolled Person in the Entire World in 2019"

During her stay in the royal family, Duchess Meghan is aware of how the critics and media labeled her.

In her recent interview with the Teenage Therapy Podcast to mark the celebration of World Mental Health Day, the mother-of-one mentioned that she believes she is "the most trolled person in the entire world."

The former royal admitted that she struggled dealing with criticisms and being hated on the internet.

"Now eight months of that I wasn't even visible. I was on maternity leave or with a baby but what was able to just be manufactured and churned out, it's almost unsurvivable. That's so big you can't even think about what that feels like because I don't care if you're 15 or 25 if people are saying things about you that aren't true what that does to your mental and emotional health is so damaging," Markle shared.

The Duchess of Sussex went on and explained how rumors could be damaging to one's mental and emotional health.

"We all know what it feels like to have our feelings hurt ... to be isolated or othered."

At the time, she mentioned: "Not many people have asked if I'm ok ... it's a very real thing to be going through behind the scenes."

Now, Meghan said that she "didn't think" about her response as she just "answered honestly."