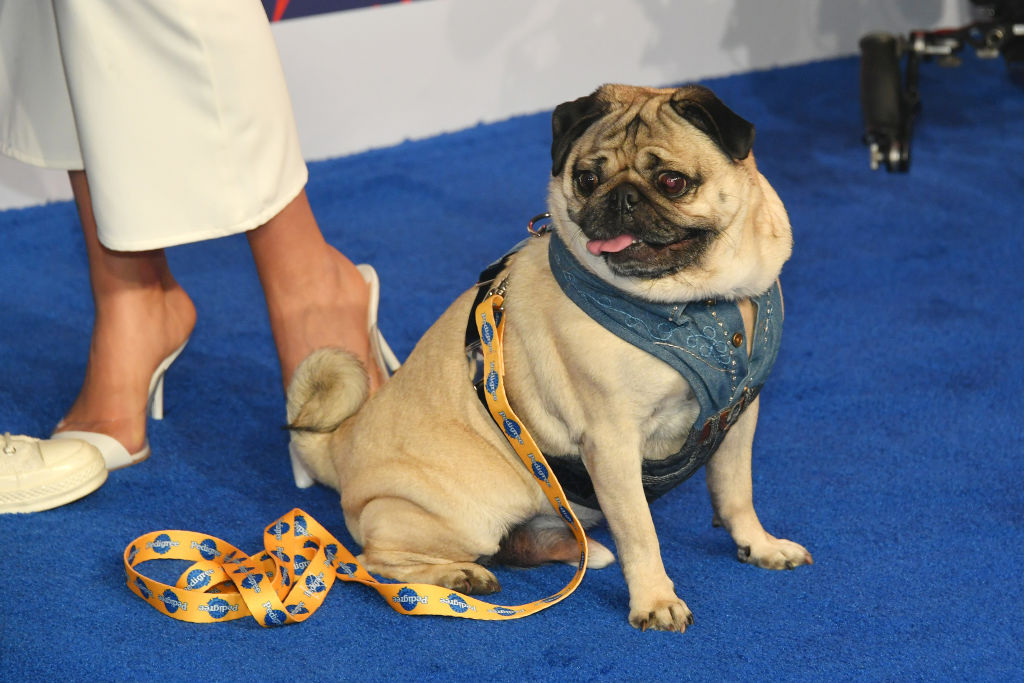 Doug The Pug was the winner of People's Choice Awards for Animal Star in 2019. Now, we believe that he can win it once more this year.

Throughout his life as an internet celebrity, this dog living in Nashville, Tennessee has captured the hearts of many. He has won numerous awards in the past, so another one would not be that far-fetched.

There are several reasons why Doug The Pug topped our 2020 People's Choice Awards prediction for Animal Star though.

He's obviously not an ordinary dog

He's the only dog that has over 13 million followers, for good reason. The celebrity dog actually has a lot of influence, which is why Forbes named him the No. 2 most influencial pet in 2018.

His Facebook page has more likes than any ordinary human page, surpassing even some celebrities'. He has a totalof 6 million likes and 10 billion Facebook video views -- BILLION!

The celebrity dog has also appeared in various events and festivals, with celebrities no less. He has been present in several mee-and-greets already, as well as movie premiers. Our top choice in this 2020 People's Choice Awards prediction for Anmal Star is truly popular.

Needless to say, he got the life an ordinary person would probably want to live -- being by the side of fan favorites Billie Eilish, Ed Sheeran, Justin Bieber, John Legend, Shakira, and many, many more. Fans would kill for the opportunity to be in the same room as the likes of these celebs. He was also with some "Stranger Things" cast in certain events.

Furthermore, Doug The Pug appeared in the music videos of Fall Out Boy and DNCE. The former for the song "Irresistible" and the latter for the song "Kissing Strangers." Not only that, he was also in Katy Perry's "Swish, Swish" video!

He's obviously not an ordinary star either.

Doug The Pug was first featured in Mashable. Since then, magazines have been clamoring to feature him. Those who had successfully did so were Cosmopolitan (for his Harry Styles' impression!), BuzzFeed, TIME and Huffington Post. He also did several commercials already, mostly for dog merchandise.

Doug's influence manifests in the many sold-out merchandises under his name, which is why he is our top choice in this 2020 People's Choice Awards prediction for Anmal Star.

Doug and his owner, Leslie Mosier, are New York Times' best-selling authors of "Doug the Pug: The King of Pop Culture." This book was released in November 2016. Following the release of his book, Doug went on an international book tour -- in the US, the UK and even in Paris! Not all celebrities get to do that.

The Mayor of Nashville, TN in 2019 declared May 20th "Doug The Pug Day" in the city. What dog or celebrity can have that privilege?!