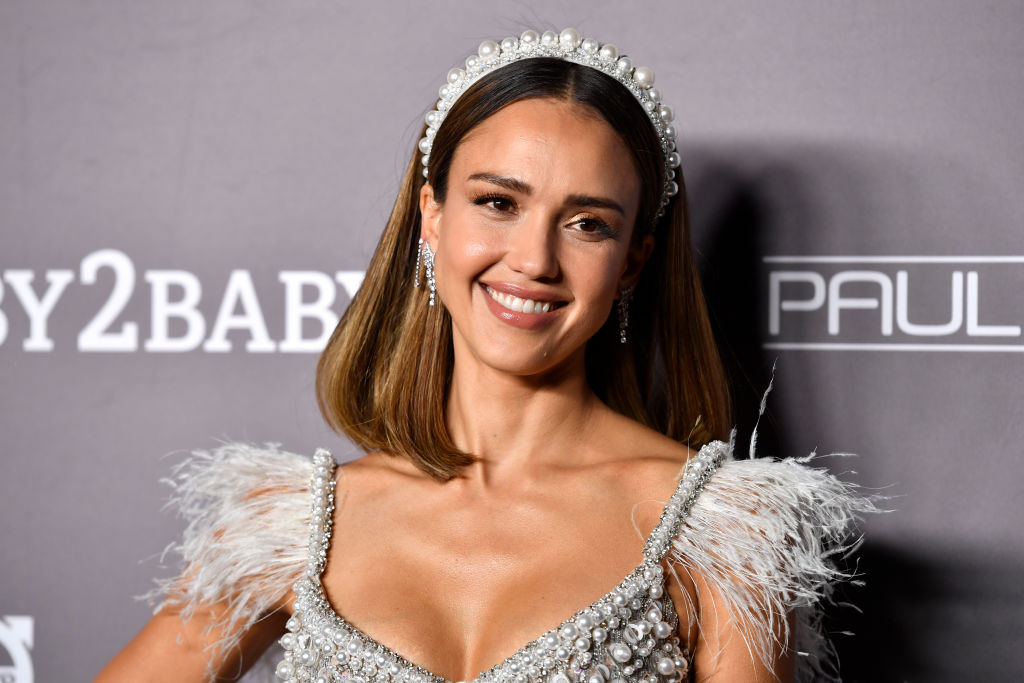 Jessica Alba was accused by a fan of committing child abuse. For a mom (even not for a mom!), that is a grave accusation that nobody should ignore.

Alba admitted to being mind-blown over the accusation since she cannot fathom why she warranted such. Being mom-shamed is no fun, and no woman engaged in the challenging task of raising kids should be subjected to it.

In an upcoming episode of "Red Table Talk," the actress apparently revealed to the hosts that she was once slammed for sharing a photo of her children wearing masks in the middle of a pandemic.

In the sneak peek clip, Jada Pinkett Smith can be heard telling the actress that she knows of a picture that caught some heat, asking for Alba's reaction.

It's the image wherein Alba was accused of performing child abuse: an IG photo of Jessica with her son Hayes Warren, 2. Warren was wearing a face mask while riding in a car.

View this post on Instagram
Family vacay in #jacksonhole #wyoming -wow! What a magical place ... we consistently wore masks, washed/ sanitized our hands ... b/c #youractionssavelives ... not gonna lie -lots of negotiating and bribes to get my Hayesie boo (who's 2 1/2 yrs old) to wear his mask, but my lil man killed the @honest mask game throughout the trip! #wearamask - pic number 4&5 in swipe thru️- my boy!... we went on guided boat tours, hikes, bike rides and wearing a mask was a requirement in the car with the driver, on hike- as we were in close proximity w our guide and in the small boats... Got to protect my fam and others... #mamabear A post shared by Jessica Alba (@jessicaalba) on Jul 20, 2020 at 10:08pm PDT

It is one of the photos that Alba thought to share of her family vacation in Wyoming back in July. It can be remembered that the family went into a trip, including Alba's husband Cash Warren and kids Honor, Haven and Hayes.

Alba highlighted how wearing masks was a constant in their lives back then, writing in the caption: "We consistently wore masks."

Jada then explained what the comment was for viewers who did not know about the incident. According to the host, someone was forthright in accusing the actress of harming her child, without mincing words.

"The comment was, 'What kind of person are you, doing such [an] unhealthy thing to your child. Are you paid for this????' 'That's child abuse.' Well, there you go," Jada elaborated.

"It's just absolutely ludicrous that we're living in a day and age where health is politicized. My mind is blown," Alba said in reaction to the comment.

If only people know how much love and devotion Alba is giving her children.

On the same upcoming episode, Alba shared how in tune she is with her children.

"I wake up, like 30 seconds to one minute before my kids wake up, from either a nightmare or they're going to the bathroom," Jessica said in a clip of the episode, now only shared exclusively with USA TODAY.

She also revealed how paranoid she became, adding that she was hearing things her husband said he did not hear.

Alba then confessed that for her peace of mind, she now "spies on them."

Jessica installed cameras in all the kids' rooms so she can truly know what was happening or if she's truly losing it whenever she hears things. The hosts laughed at her, probably relating to her, because it is not unusual for moms to hear stuff when they worry all day long about their children's well-being.

Alba said that she would eventually remove the cameras, though. Honor, in particular, has already complained, saying she's already 12 and the setup has already become awkward for her.

View this post on Instagram
My not so little Mamamita, Honorcita is joining me for the sweetest DIY gift set vid! She's at a new school now and really wanted to do something sweet for her former teachers, so we made the cutest DIY gift baskets. These are perfect for any special person in your life - head to the link in profile to watch. A post shared by Jessica Alba (@jessicaalba) on Sep 23, 2020 at 4:07pm PDT