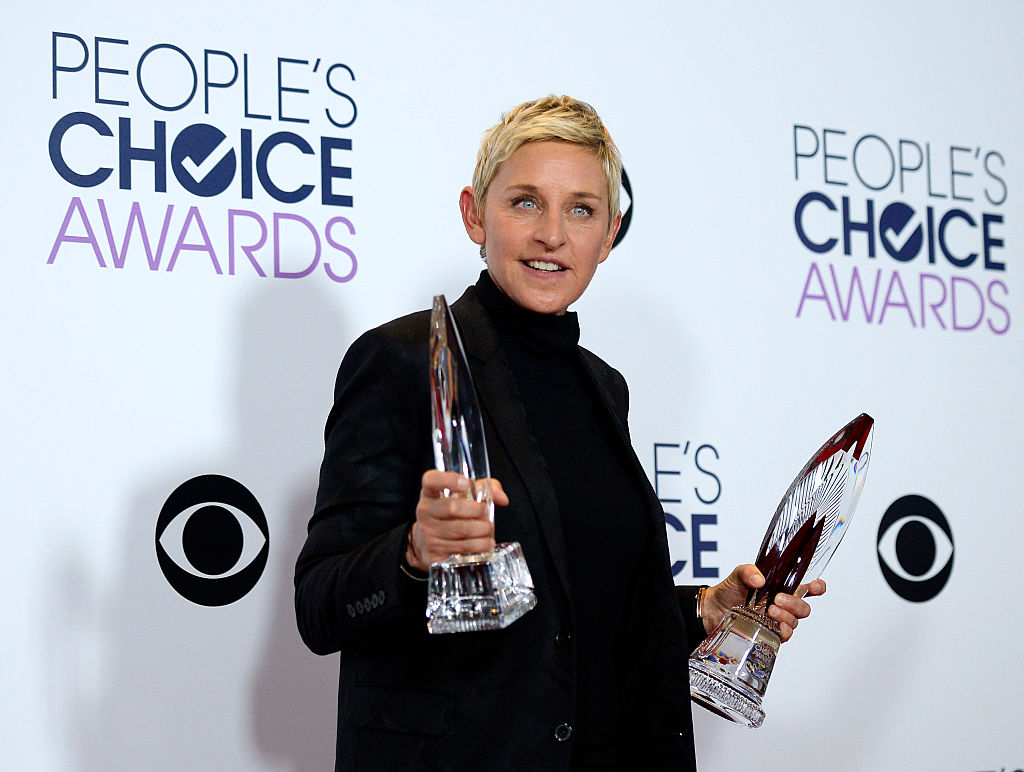 The ratings for her 18th season premiere week in September plummeted 38 percent from last year.

The syndicated talk show has an average of 1.66 million viewers for the week of September 21, down from her opening week in 2019, with 2.67 million viewers.

Now, the "Finding Dory" star is said to be extremely desperate to save it.

An insider told Star, "Ellen's been walking a tightrope for months and feels like it's all caving in on her."

"With these numbers coming in, the consensus is the viewers have spoken, and Ellen's looking like damaged goods at this point."

Behind the scenes, ratings are critical and shouldn't be considered a laughing matter.

According to the source, Ellen is reportedly not giving up as she works hard to rebuild their morale with her staff.

"She's holding staff meetings virtually during the week to keep spirits up."

The source also claimed that Ellen is remembering her employees' birthdays and sends them cakes and cards.

"She's not going down without a fight, and she's convinced she can make a rating comeback," the source added.

On her first September 2020 show, Ellen DeGeneres joked that she had a "great, super terrific summer."

She cheekily advised not to be the "be kind lady."

But behavioral expert Bruce Durham assessed her body language on the show and told the National Enquirer that her apology" misses the mark totally."

"She uses humor to camouflage the real topic. It would be more authentic and believable just to talk and forget about the jokes."

Another body language expert named Lilian Glass said joking about the allegations seemed to be some "defense mechanism" for Ellen.

"The apology didn't help her at all. You don't use humor when something upsetting has happened - even if you're a comedienne."

Though she's still presenting as her goofy self in front of the cameras, fans have seen a side of her they don't like at all.

According to media expert Steve Allen, who recently spoke to Star, "She's lost a bit of that 'Twinkle Ellen' vibe."

While there are some indications that "The Ellen DeGeneres Show" may have to bounce back in the rating department, the LGBTQIA+ icon is required to regain the trust of her fans back.

Even Ellen acknowledged it on air.

Standing by the Scandal-Scarred Host

Things have been different on the set of "The Ellen DeGeneres Show" after the toxic workplace scandal and, of course, the coronavirus pandemic.

DJ Twitch is stationed behind his turntables, as usual, but there are no audiences dancing and smiling.

Her studio in Burbank, California, is now empty due to the COVID-19 restrictions, and her Hollywood star guests appear from home.

Despite the scandal, Ellen DeGeneres still has enormous goodwill in the industry.

Big names were dropped by on the show, such as Adam Sandler, Chris Rock, Alec, Hilaria Baldwin, and Amy Schumer since the comedienne returned for her 18th season.