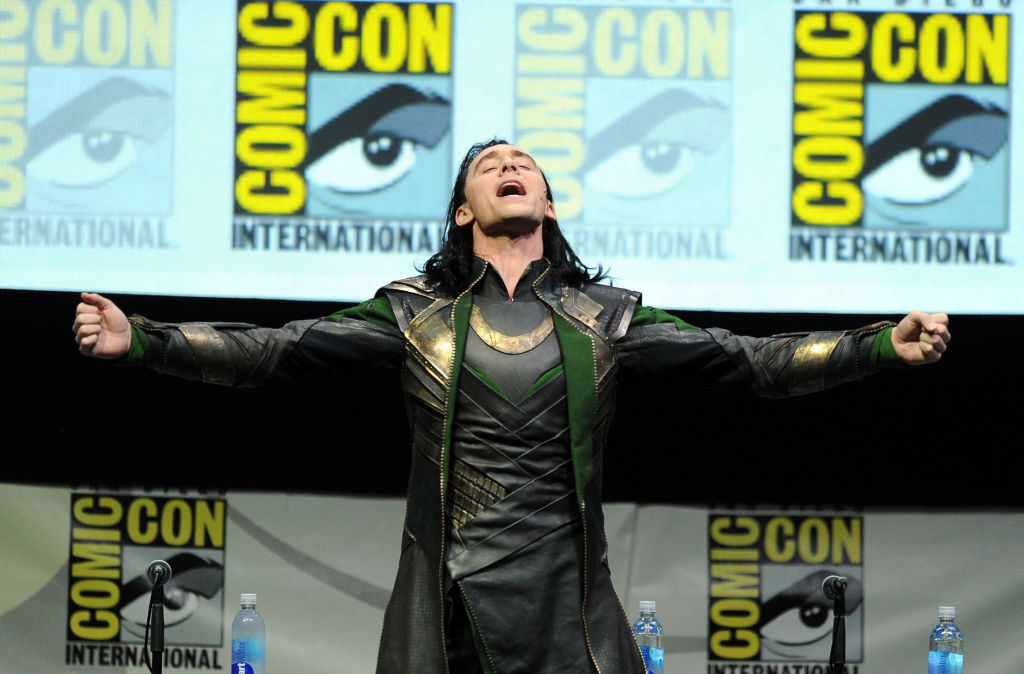 Marvel Studios is ready to drop more bombshell mysteries about their MCU characters. Now, it plans to unveil the most controversial secret about Loki.

The Marvel Cinematic Universe is already gearing up for its next phase despite the delays caused by the coronavirus pandemic.

While the main line-up has already been outlined, Marvel Studios reportedly plans to bring more excitement to fans, especially Loki's.

We Got This Covered regular insider Daniel Richtman said that Marvel will finally show the "bisexual" Loki.

In the next flick of the God of Mischief, fans will see him have two love interests--a man and a woman.

Although MCU fans will not see the character anytime soon, it seems like Richard E. Grant will play the older version of Tom Hiddleston's character. Meanwhile, Sophia Di Martino reportedly landed the role of Lady Loki.

This news might not be surprising to some, though, as the anti-hero is also famous for his capacity to switch genders.

In fact, Loki swapped genders all the time in the original comics.

For instance, he turned himself into a sexy handmaiden when he convinced Thor to go undercover.

Aside from being a bisexual, Loki is set to surprise fans even more with his return.

Loki then died during "Avengers: Infinity War." Despite seeing his death, fans speculate that Loki is still alive.

However, the directors of "Avengers: Endgame" confirmed that Loki is truly dead, although he managed to escape in one alternate universe in the last film.

Marvel left a blurry plot with their announcement of Loki being included in a Disney+ series. According to IMDB, the God of Mischief will have six episodes to start the first season, and it will center around Loki.

Due to the coronavirus pandemic, its release date has been rescheduled again for a 2021 release.

Meanwhile, Kevin Feige confirmed that the upcoming Loki series will be tied with the film "Doctor Strange and the Multiverse of Madness."

"I'm not sure we've actually acknowledged that before. But it does," Feige confirmed.

The character is expected to be seen not only in the series and the upcoming Doctor Strange movie, but also in the Disney+ show "What If...?" It is an MCU animated series included in phase 4 and will present the alternate scenes like what could have happened if Loki found Thor's hammer.

As early as last year, Hiddleston was already practicing his stunt for a scene in the series.

On Instagram, he posted a video of him doing the stunt, hyping the fans even more.

He shared the clip alongside the caption, "Prep is going really well. #Loki."

In the said video, fans saw how the actor surrounded himself with wires and prepared himself before making a godlike jump.

One fan commented, "Well... I just can't get out of my mind this video. ily tom."

Another one wrote, "Omg, I am so happy you look so amazing doing this. Love you."