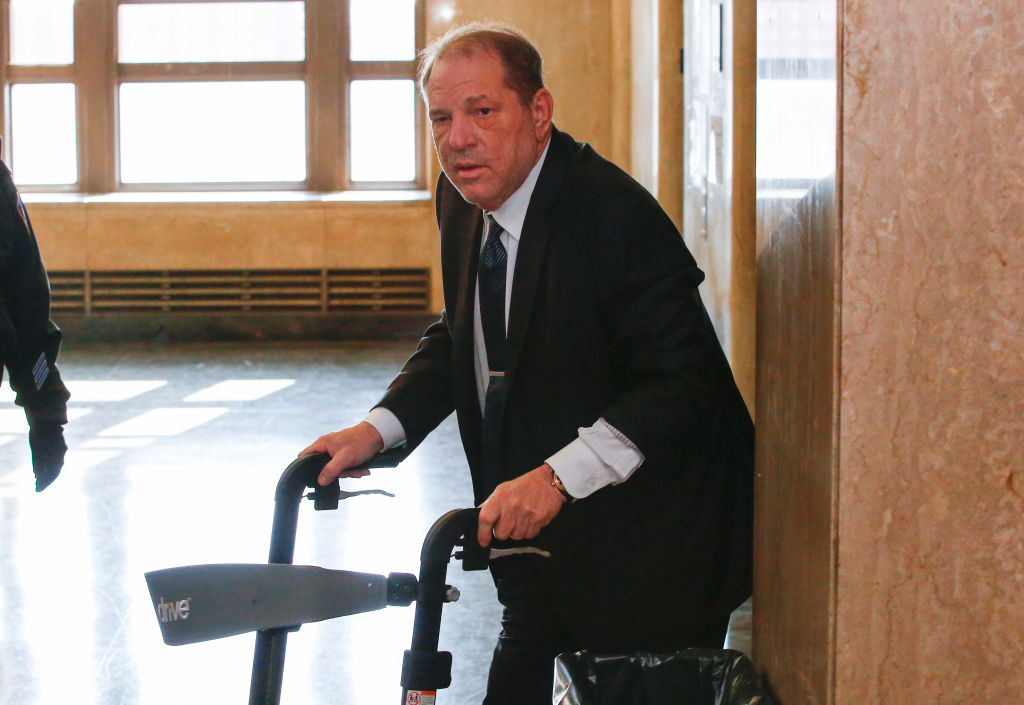 Harvey Weinstein has tested negative from COVID-19, but he is being "closely monitored" due to his underlying health concerns.

The news was confirmed by his spokesman, Juda Engelmayer, and health representative Craig Rothfeld.

"We can report that Mr. Weinstein's fever has dropped but is still being closely monitored," the rep explained, per Page Six. "We can also report at this time that he does not have COVID-19."

It came after the disgraced film producer fell ill from high fever and was placed in isolation at Wende Correctional Facility, where he is serving his 23-year prison sentence.

Multiple reports cited that Weinstein's reps are not surprised with his health status since the former film producer "has numerous maladies and conditions, including a heart condition, high blood pressure, and spinal stenosis."

According to the Centers for Disease Control and Prevention, fever that has persisted for more than 48 hours is one of the common symptoms of coronavirus, as well as cough, shortness of breath, muscle or body aches, vomiting and diarrhea.

Despite his diagnosis, the 68-year-old disgraced movie mogul remains under observation because of his "plethora of underlying health issues which are continuing to decline, get worse, and need treatment."

Furthermore, this is not Weinstein's first COVID-19 scare.

In March, the ex- Hollywood producer tested positive from the deadly virus while in prison.

The convicted sex offender, who was found guilty of rape and sexual assault earlier this 2020, was placed under isolation after he was moved to a maximum-security prison in upstate New York, per NBC.

"While his team is now fully aware of his current medical condition ... we are going to continue protecting his privacy and maintain his privacy," Weinstein's lawyer Arthur Aidala and Engelmayer mentioned in a statement.

On the other hand, New York State Correctional Officers and Police Benevolent Association President Michael Powers shared that time that seven staff members were placed under quarantine after coming into contact with Weinstein.

Per the World Health Organization, most of the patients infected by the deadly virus can develop an immune response within the first few weeks after infection, but that does not mean that they are not vulnerable to reinfection.

Since the former entertainment mogul's public fall from grace, he has been making headlines after facing countless allegations of sexual misconduct, including rape.

Earlier this year, Justice James Burke sentenced Weinstein to 20 years in prison for a criminal sex act and three years for third-degree rape.

During the height of his trial, a slew of celebrities, including Hollywood A-listers, have come forward and accused Weinstein of such misconduct.

This includes Rose McGowan, who revealed that the mogul raped her by performing oral sex in a hotel during the Sundance Film Festival in 1997.

American-Mexican actress Salma Hayek also mentioned that she was threatened by Weinstein, telling the "Frida" star: "I will kill you, don't think I can't."

READ MORE: WAP That! Cardi B Gets Major Billboard Recognition