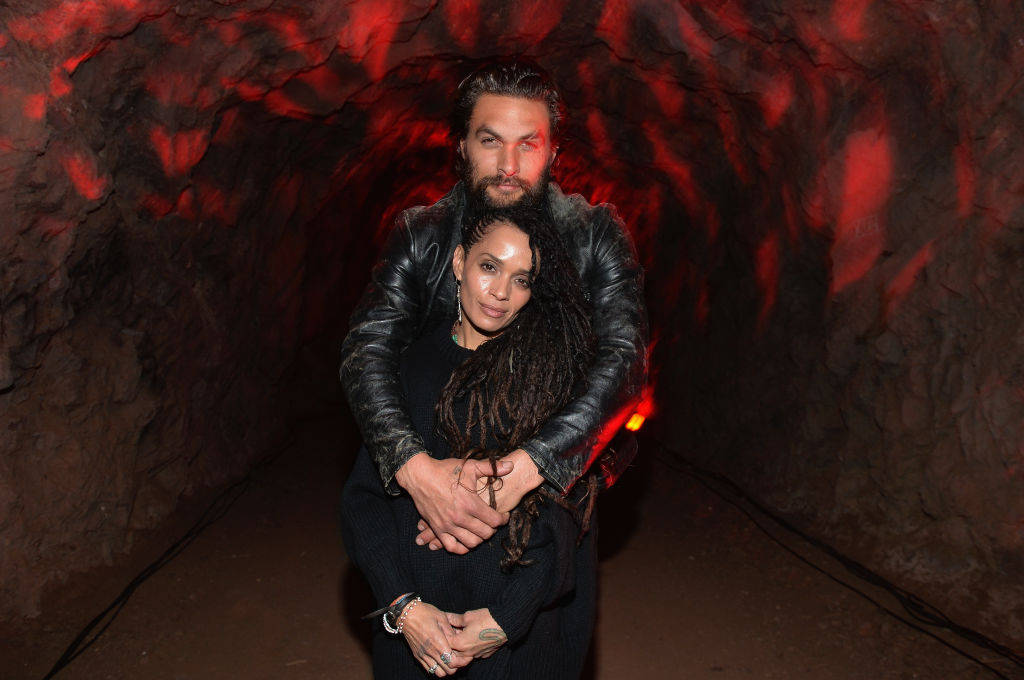 Jason Momoa may have a buffed physique, but he still fears someone: his wife.

For years, Momoa's toned body has helped him land titular roles. It has also been his best asset as he established himself as one of the most sought-after actors in Hollywood.

However, in his recent interview with Men's Health, the actor revealed that he is definitely scared of his wife, Lisa Bonet.

According to the 41-year-old "Aquaman" star, the coronavirus pandemic allowed their family to get closer to one another. The time also made him realize how great a woman his wife is that he does not, and cannot, consider himself a king of their home.

"I may look big and tough, but I'm not. I'm nothing like [Game of Thrones character] Khal Drogo," Momoa said. "I'm not even the king of my own house! I'm absolutely terrified of my wife."

Elsewhere in the interview, he recalled how he and Lisa began dating in 2005. During that time, he was reportedly a 26-year-old "mess."

It is worth noting that Lisa is 12 years older than Jason. With that said, it is not surprising that she is also an alpha in their marriage.

Despite the huge age gap, Momoa still asked her out.

"Especially when you meet someone you're completely infatuated with and then find out she's amazing, intelligent and funny, and she's a goddess and you're a degenerate," Momoa went on in the interview.

Meanwhile, Momoa also revealed in the talk that they do not have a TV at home. Their children do not also have their phones. This gave them a chance to turn into activities that can bond them more as a family, including swimming, hiking and listening to music.

"My wife is very sophisticated and smart and [our kids and I are] kind of like animals that need to be trained a little better," the actor spoke candidly. "I'm constantly a work in progress, and I've just been trying to get better as a father and a husband."

In addition, he expressed how proud he is that his kids love reading books. Both Lola and Wolfie are reportedly too engaged in reading that Momoa has to "force" them to spend some time outside.

While he already has a blossoming relationship with Lisa, Momoa also tackled how he would react once their daughter begins dating someone.

Per the actor, he will just react once Lola brings a bad boy in front of him. His devotion somehow eases the worries, as he hopes that Lola will choose someone as devoted to her as he is to Lisa.

Momoa's family went through lows before having their best lives now.

In fact, he revealed to InStyle that he and his family suffered so much when he left the "Game of Thrones" franchise.

"I mean, we were starving after Game of Thrones," Momoa admitted to the magazine. "I couldn't get work. It's very challenging when you have babies and you're completely in debt."

At least now, fortunately, Jason Momoa and his family are all alright.