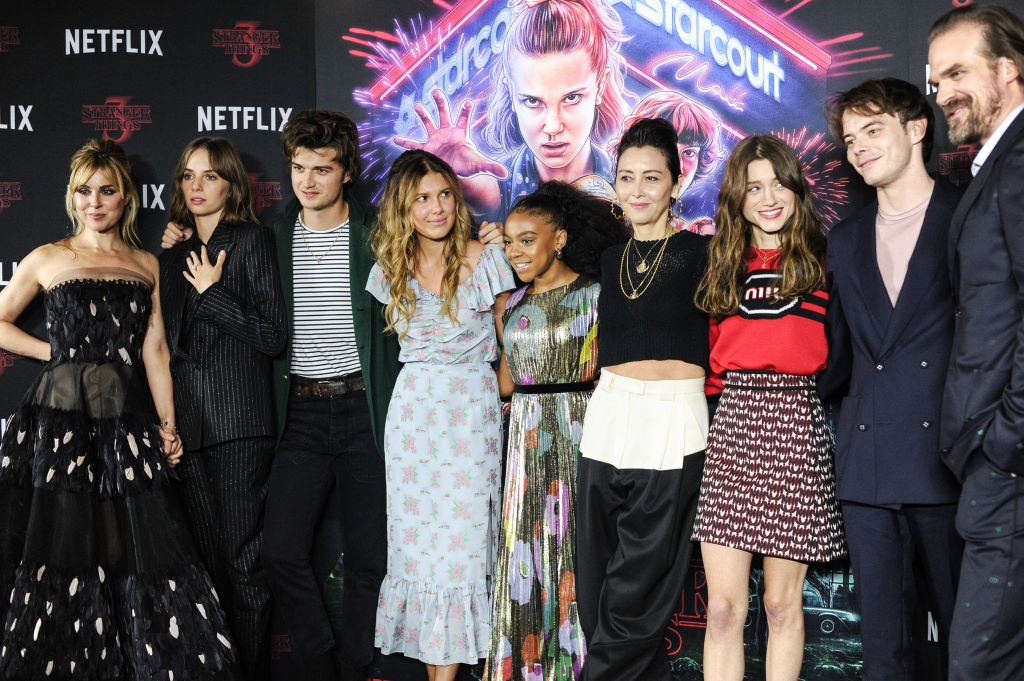 Things are about to get more bizarre as "Stranger Things" Season 4 is about to welcome newcomers to the franchise.

Despite the delayed release due to the coronavirus pandemic, the "Stranger Things" cast saw the postponements as blessings in disguise--especially since everyone is still worried about the health crisis.

"It impacted very positively by allowing the Duffer brothers, for the first time ever, to write the entire season before we shoot it and to have time to rewrite in a way that they rarely had before so the quality of these screenplays are exceptional, maybe better than ever," executive producer Shawn Levy told Collider.

After going through a lot of postponements and shut downs, the "Stranger Things" Season 4 finally expects to complete its work soon, and it will be available on Netflix after that.

On September 30, 2019, the streaming giant confirmed that the award-winning series would be back for its fourth season.

The video that concluded Season 3 showed the caption "We're Not in Hawkins Anymore." Viewers also assumed that Hopper is already dead, Eleven's powers are gone, and Russians have a mysterious American prisoner along with a Demogorgon.

Apart from these known details, here are other things you should know before finally seeing "Stranger Things" Season 4.

In November 2020, the official Twitter account of the series introduced "The Hellfire Club" as the new season's opening episode.

In addition, a psychiatric hospital serves as the main setting of the "Stranger Things" Season 4.

Meanwhile, in another teaser released in February 2020, it can be seen that "The American" walks in a Russian labor camp located in Kamchatka's snowy wasteland.

Apart from Munson, the popular series invited Jamie Campbell Bower to play the role of Peter Ballard. In the series, he works as an orderly at a psychiatric hospital.

While the new season is yet to be presented, questions whether the fourth will be the last one has began to surface online.

Initially, The Hollywood Reporter said that the filming has restarted on September 28, 2020. Since then, updates regarding the filming venues and the cast's whereabouts have been trending.

Per Production Weekly, the series will head to New Mexico in December 2020 to film the other scenes.

Due to its unpredictable plot, the Duffer brothers shared whether they aim to end the series with the fourth season or not.

"We don't actually know. I think, you know, four to five seasons is likely where we'll end up, but who knows?," Ross told E! News. "We're trying to figure out still how long it'll take to get there, so we'll see."

Meanwhile, Matt also has contrasting ideas. For him, four seasons seem too short, but five also looks so long.