In her recent interview on the RADIO.COM program Gunner and Cheyenne on Demand, singer-songwriter Carly Pearce clears up a few things - from her latest EP '29,' to her experience with dating apps.

Kicking off the RADIO.COM interview, Pearce began with her latest release, the extended play titled "29," which first dropped last February 19. "For me it's no secret that 29 was just a crazy year," she tells Gunner and Cheyenne. She recounted the difficult losses she had to deal with - from the loss of her longtime producer from glioblastoma brain cancer and her divorce with her husband and fellow country music artist Michael Ray.

Even though she's already 30 years old when "29" was released, she chose the name for its significance in her life. She adds that the year was a lot for her, with its twists and turns that ultimately led her to a "really happy place" in the end.

"It's like you're going on this journey of 29 with me," Pearce added. She adds that in making her latest EP, she has taken the same approach as she has her entire career, building her brand "on being honest" and on "writing songs that mean something to me and that are my stories."

As a part of her upholding that honesty, Pearce started her Instagram anew after a wipe of its content. The first post in her IG is now dated February 4, which she feels is a new start for her. She describes it as a "cool turning of the page," similar to wiping everything clean and showing people the start of her new chapter, a new start for her.

When asked about going on dating apps, she admits that she doesn't know how to date. She recalls using "one of those artist dating apps," and not growing fond of it. Gunner then asked her whether she's interested in dating anyone from the industry, to which Pearce responded with an adamant "No. No, never, ever. Never again."

She did however, cite "Mean to Me" artist Brett Eldredge as her "exception."

Born Carly Cristyne Slusser on April 24, 1990, Carly Pearce began developing her passion for country music from her grandparents and her stage name is taken from her grandfather's last name. In an interview with Yahoo!, she recalls going on a country show audition at Dollywood - Dolly Parton's theme park in Pigeon Forge, Tennessee.

"I convinced my parents to let me quit high school and start home schooling so that I could take a job working in the country show there," Pearce said in the interview.

RELATED ARTICLE: CMA Awards 2020: Why the Country Music Event Is in Danger 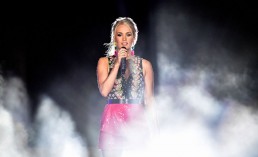 CMA Awards 2020: Why the Country Music Event Is in Danger 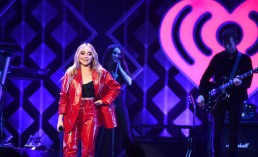 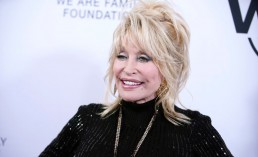