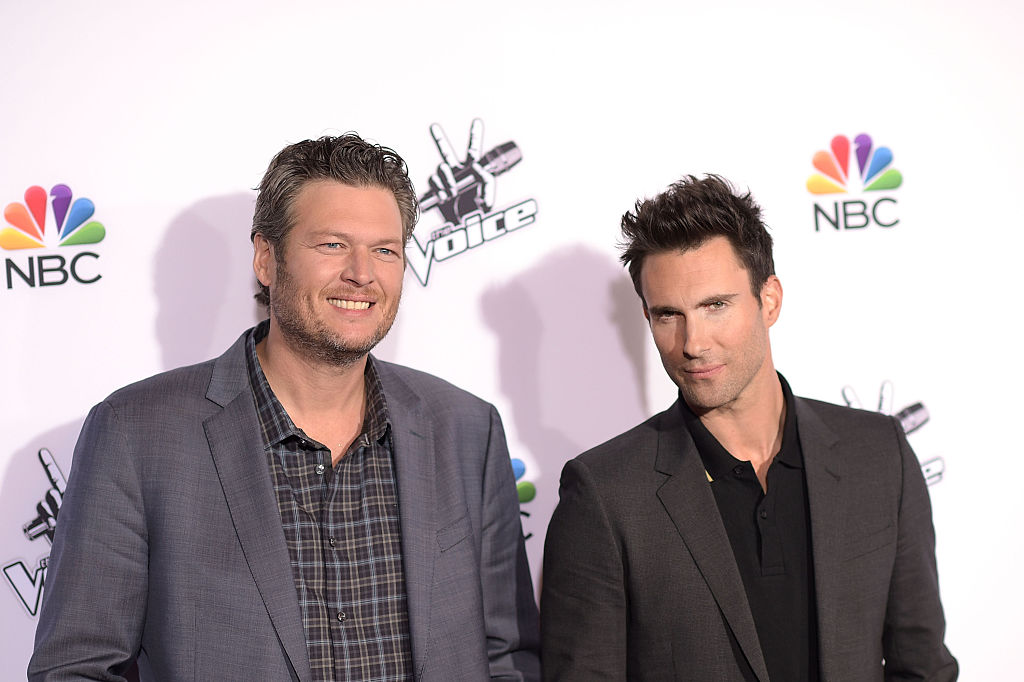 Despite having left the show a couple of seasons ago, current "The Voice" coaches still couldn't get Levine off their minds.

21-year-old contestant Keegan Ferrell sang his rendition of Maroon 5's "She Will Be Loved," which earned him two chair turns from Shelton and Kelly Clarkson.

With the teams quickly starting to fill up, it's safe to say that "The Voice" judges weren't fighting fair and square during Monday night's Blind Auditions.

The country crooner said, "I happen to be buddies with the guy who wrote and sang that song," referring to the Maroon 5 frontman who left the hit NBC talent reality show after 16 seasons two years ago.

Shelton, as usual, relied on his not-so-common tactic known as lying to lure singers in joining his team.

He said, "Take note of who's missing and who is in that chair."

Then Shelton immediately dropped a bomb, claiming Clarkson got Levine fired from "The Voice."

"I'm not saying Kelly Clarkson got Adam fired, but he's gone, and she's sitting there."

He also added how Clarkson is a tyrant at the broadcasting network, claiming, "This network stands for 'Nothing But Clarkson," since she also has a show on NBC called "The Kelly Clarkson Show."

But Shelton seems to be just joking with his claims since he and Adam Levine have always been poking innocent fun at each other even after he left the show.

The pair had notable back-and-forth banter on the show, which made "The Voice" even more entertaining.

Levine and Shelton had gotten incredibly close after years of filming together since the show's inception.

However, after repeatedly objecting that she was the reason for Adam Levine getting fired, Kelly Clarkson decided to embrace the boss persona Blake Shelton graced upon her by using some "Game of Throne" references.

She declared, referring to Daenerys Targaryen, "They're all liars. Fine. I'll be Khalessi. I'm powerful."

The former "American Idol" champ then asked, "Who do you want to go with? Powerful or weak?"

In the end, however, the contestant didn't seem to be wowed by Clarkson's speech because he chose Shelton, who also claimed to be willing to stand up to the "Since U Been Gone" hitmaker and "get fired" for Ferrell.

Shelton proceeded to moonwalk in front of Clarkson, to which she sulked and said, "I don't know what's happening today. I've had no one pick me."