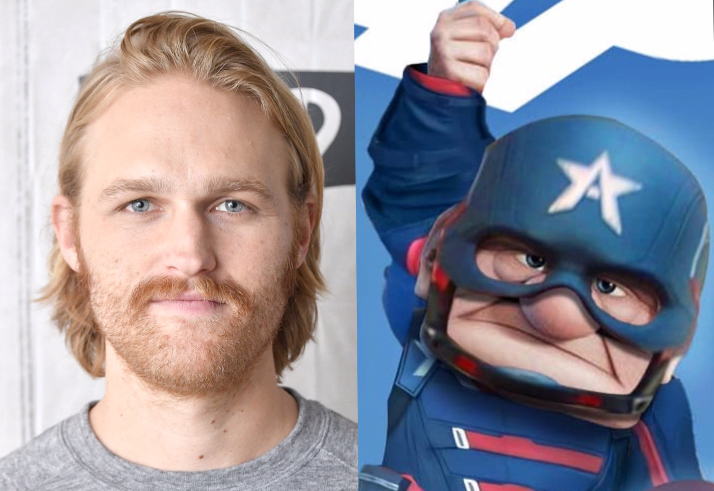 The Marvel Cinematic Universe Phase 4 gave way to the arrival of Steve Rogers' successor. Initially, "The Falcon and the Winter Soldier" and the "Avengers: Endgame" hinted that Sam Wilson would be the one to continuously hold the superhero's shield.

However, things turned out differently as the government hailed Walker as the new Star-Spangled superhero.

Since he appeared in the film, Russell and his appearance when he is out wearing Captain America's costume became the source of people's laughs.

Though some of it can be considered as harsh ones, the 34-year-old former ice hockey player offered a calm reaction to the memes.

During his recent interview with Variety, the actor revealed that those memes - including the damaging ones - are fun to see.

"I don't have social media or Twitter or Instagram, but I've gotten some of the stuff sent to me from friends that were just too good not to see," Russell said.

He then applauded an artist who drew his character based on Carl Fredricksen from the 2009 movie "Up." Per Russell, it is the best fan-made photo so far.

The artist in question is Instagram user Valentin Romero @valentinromeroart. On his account, he posted the fan-art he created, with Fred wearing Captain America's costume and holding his shield with one hand.

Instead of "Up," the poster's title shows "Cap" and was uploaded after the first episode of "The Falcon and the Winter Soldier" aired.

"Whoever did that deserves an award of some kind. And it's flattering, it's like one of those things where they just hate the guy, you know, they just hate him," he went on.

Though some of the "Falcon and the Winter Soldier" fans saw the memes as something insulting, others chose to take the jokes lightly and shared their own opinion.

One fan said, "I've noticed it, too. The best FATWS meme I've seen was one depicting the dude from "Up" with the helmet on, and it's almost indistinguishable from Wyatt Russell."

"Watching the new F&TWS interviews dropping on YouTube. Wyatt Russell has seen the UP/John Walker meme & loves it, is my favourite takeaway so far," another one added.