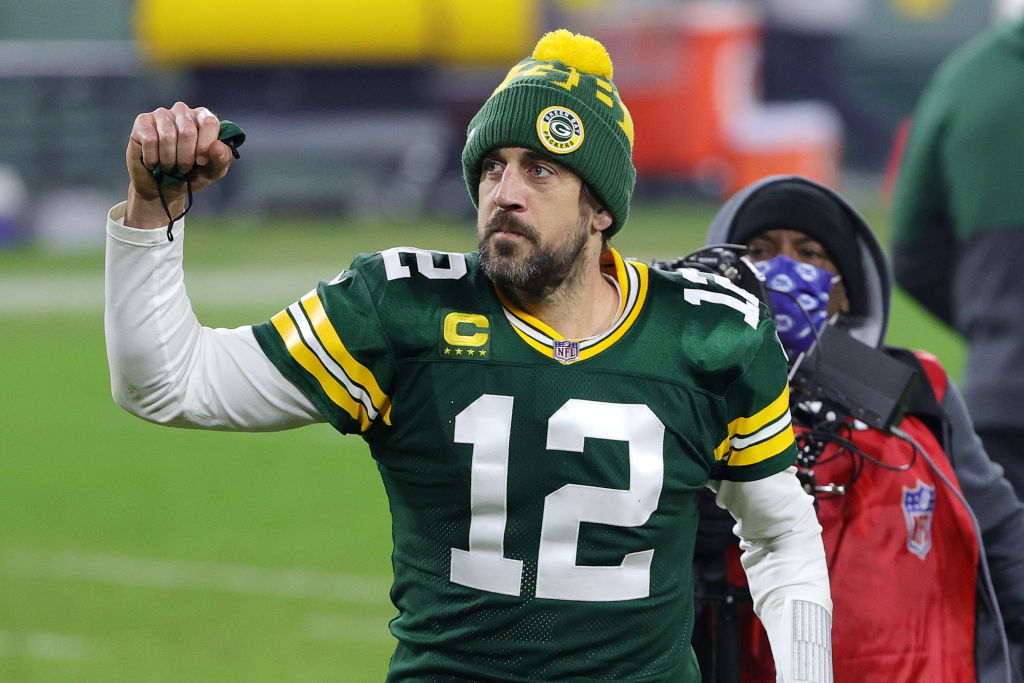 The Nielsen ratings released Monday gave former Cal star Aaron Rodgers some boost in his attempt to become the permanent host of Jeopardy!

Rodgers powered the Jeopardy! ratings up 14 percent from the previous week - a massive leap - to a 5.6 live-plus-same-day national Nielsen rating in his first week as guest host, April 5-9. It was the show's highest rating in a month, and it vaulted Jeopardy! back to the top of the syndicated game show rankings, surpassing Family Feud, which had replaced Jeopardy last month.

'Jeopardy Ratings' with Other Guest Hosts

The ratings for Ken Jennings' six-week stint as host of "Jeopardy!" were extremely high. Will The show's ratings with Aaron Rodgers keep up?

Jennings' entire debut week in January attracted an audience of 10.3 million viewers, second only to Alex Trebek's final week as host this season.

Other guest hosts, such as Katie Couric and Dr. Oz, have taken their turn behind the hosting lectern since then. However, the scores haven't been as good.

According to The Wrap, Couric's first week as a guest host on "Jeopardy!" saw a 5% drop in ratings. After that week, the quiz show, which had dominated syndication during Jennings' tenure as host, tied for first place in household ratings with "Wheel of Fortune." "Jeopardy!" fell to second place behind "Family Feud" during Couric's second week.

"Jeopardy!" ratings dropped another 2% during Dr. Oz's guest hosting stint, which prompted many fans to consider boycotting the show.  The ratings are the lowest for "Jeopardy!" since the week ending Jan. 3, shortly before Jennings' debut.

Rodgers has been vocal in his interest in taking over as Trebek's permanent replacement.

READ ALSO:  Aaron Rodgers College Highlights: Is He a Degree Holder? What Did He Major In?

He recently told The Ringer, "I don't think I'd need to give up football to do it. They film 46 days a year. I worked 187 this year in Green Bay. That gives me, eh-[pauses]-178 days to do Jeopardy! So I feel like I could fit 46 into that 178 and make it work. It would be a dream job for sure, and I'm not shy at all about saying I want the job. That's how I went into it. I want an opportunity to be in the mix."

"Jeopardy!" still has a variety of guest guests to highlight, and the show is unlikely to name an official host until the new season begins in September.

From one perspective, Aaron Rodgers' first week as a guest host on Jeopardy! has been a rousing success.

Every day, the show will donate the amount won by the winner, plus $2,000 to the runner-up and $1,000 to the third-place finisher, to a charity of the guest host's choosing. The legendary television trivia show has contributed $117,725 to the North Valley Community Foundation, a nonprofit organization in his hometown of Chico, Calif., halfway through his 10-episode run as host.

Rodgers recently contributed $1 million to the Aaron Rodgers Small-Business Covid-19 Fund at the National Venture Capital Foundation. In the first round of funding, 80 businesses received significant assistance; Rodgers' Jeopardy! money will be used to help create a second round of grants.