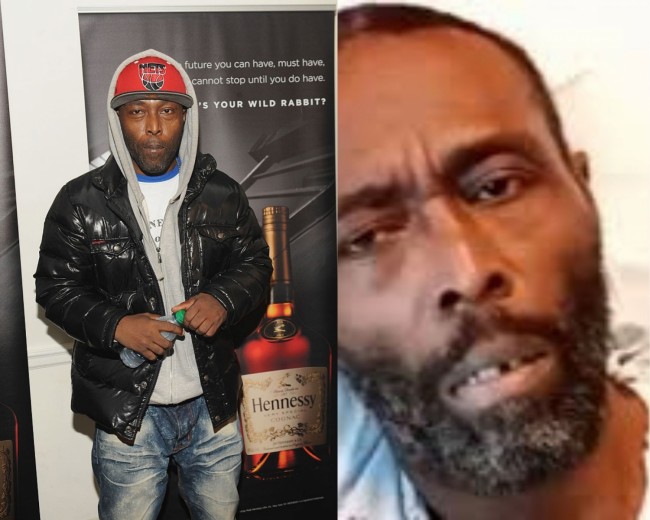 Black Rob, a rapper who was once on Diddy's Bad Boy roster, has died.He was 51 years old at the time.

Rob reportedly died Saturday while hospitalized in Atlanta, after a long battle with kidney failure, according to NYC radio personality DJ Self, who shared a video of Rob speaking about DMX's death from his hospital bed.

"Lord knows I tried to get help...... I'm sad to tell RIP to Black Rob," Self says of BR's death. As Rob's health was visibly failing, Self had been with him in his final days, sharing various clips of the former MC. Rob revealed in one of the videos that he'd been dealing with health problems for the past five years, including multiple strokes and other ailments. Rob seems to have been homeless as well, as he said that he needed "rest."

It's heartbreaking to watch, particularly because Rob didn't appear to have any reps left by the end. DJ Self made it clear that he was not representing Rob and was merely spreading his message.

Previously, Mark asked people to reach out in his social media post, specifically asking his former label boss Diddy to step up and help. He starts, We don't have to live on this Earth mad at each other, can't reach out."

"Rob is here and a lot of people want to know how he's doing. But these are the same people -- they don't reach out to me. Reach out to me! I don't hate you, I don't dislike you."

"Puffy, we need your help. And you are reaching out, and you're trying to help. We not going to say he's not -- Puffy is really trying to help. But call, reach out, have someone call," Mark added

It should be noted that Diddy's intentions to assist have yet to be disclosed in detail.

Rob broke through in 2000 with his own single, the critically acclaimed "Whoa!" which charted on many music charts, including the Billboard Hot 100 and others, and was remixed several times.

Diddy doesn't seem to have said anything about Rob's death just yet.

Mark and Rob were also featured on Diddy's popular track "Bad Boy 4 Life," with each adding verses to the unforgettable music video, which depicted Diddy and co. moving into a suburban neighborhood and provoking Ben Stiller's wrath.

Rob's greatest success to date is "Whoa!" - but the guy went on to release several albums since leaving Bad Boy in the mid-2000s. When Diddy organized the Bad Boy Family Reunion Tour in 2016, he was reunited with his Bad Boy colleagues.

Rob had worked with a number of other Bad Boy Records artists, including 112, Faith Evans, Mase, and even Biggie himself.