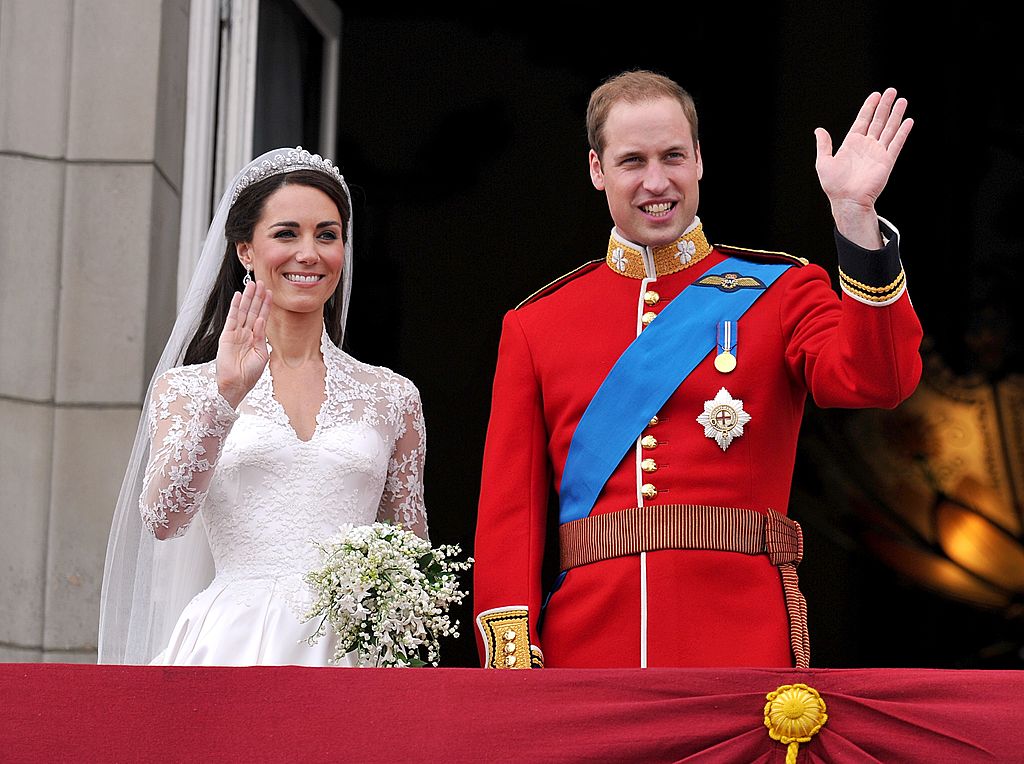 In one of the sweet pictures, a smiling Duchess cuddles up to her heir-to-the-throne husband with her head leaning on his shoulder, while the Duke grins in front of the camera.

A post shared by Duke and Duchess of Cambridge (@kensingtonroyal)

This intimate picture is similar to their 2010 engagement portrait.

In the second picture, the Cambridges hold hands as Prince William looks lovingly at his wife, who looks beautiful in a blue wrap dress.

A post shared by Duke and Duchess of Cambridge (@kensingtonroyal)

Prince William and Kate Middleton walked down the aisle of Westminster Abbey on Apr. 29, 2011, in a fairy tale ceremony.

However, on that day, they have encountered some drama, just like in normal weddings - but more intense.

Prince William and Kate Middleton's royal wedding was watched by millions of royal fans, with thousands of them lining outside the streets of London to get a glimpse of the future king and queen.

Kate Middleton's wedding dress was from Alexander McQueen which perfectly reflected her personality.

The newlyweds shared a kiss on the balcony at Buckingham Palace, something that will never be forgotten.

However, despite the emotions and beauty of the very special day, a recently released documentary suggested that behind the scenes, things weren't so calm.

In the documentary "The Day Will and Kate Got Married," Bob Broadhurst, the Metropolitan Police Gold Commander revealed that on their wedding day, there was a potential threat that was identified that morning.

He explained, "My fear is there's some sort of 'Guy Fawkes-ean' plot going on behind closed doors to potentially putting a bomb somewhere."

His team was reportedly on high alert for an odd person or those people obsessed with the British royal family "who might just sneak under your car."

5,000 police officers were deployed on that day.

And 20 minutes just before Kate Middleton was due to leave her hotel to walk down the aisle, police were immediately alerted that a presence of an identified vehicle entered the zone.

"Someone in a car got through the secure zone, drove up close to The Goring Hotel just around the corner, got out the car and legged it and joined the crowd."

"Now we have a real problem. This is a potential bomb in the car."

The police then considered changing their plans in response, however, there were also concerns that the Duchess wouldn't make it in time to her wedding.

Explosive experts then soon determined that there was no bomb in the car. Kate and her dad, Michael Middleton, were then able to travel safely from their hotel to the venue as planned.

The commander confessed that he didn't know how an unknown vehicle was able to enter the secure zone, and up to this day, doesn't know how it happened.

Prince William, Kate Middleton Celebrates Wedding Anniversary But On This Day 10 Years Ago, They Were In Danger
( John Stillwell-WPA Pool/Getty Images)