On Sunday, Princess Anne and her husband Vice Admiral Sir Tim Laurence went to two memorial services in London for Anzac Day, where they laid wreaths at a war memorial at Wellington Arch.

They paid their respects and honored Australian and New Zealand servicemen and women who died serving their country.

It's been two weeks since the death of Prince Philip on April 9. The British royal family members have only carried out official duties where appropriate and have dressed in black as a mark of respect.

However, now, they are back to carrying out their full official roles after the two-week mourning period.

Princess Royal is known for her staunch stoicism, but her eyes were red-rimmed and tearful during her latest engagement.

According to a body language expert, Princess Anne struggles to come to terms with Prince Philip's death.

Judi James told Express that Princess Anne's choice of clothing suggests "it is business as usual in terms of royal duties, but her body language here hints she is still very much in mourning for her father."

She swapped the traditional black clothing that she wore following Prince Philip's death to a very vivid purple ensemble. 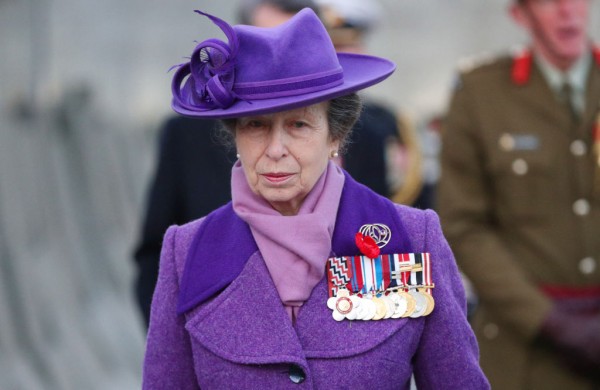 The expert can also see that there has been some sadness behind her exterior, adding, "Standing to attention, Anne does present in her usual stoic style, but it is clear in some of these poses that her eyes are red-rimmed and tearful, with a tear very clearly formed in one close-up shot."

Judi also mentioned how the 70-year-old royal stuffs her large bag under her arm, which is her signature move. However, with her hands clasped in front of her torso, it gives the impression that it's a comforting gesture. 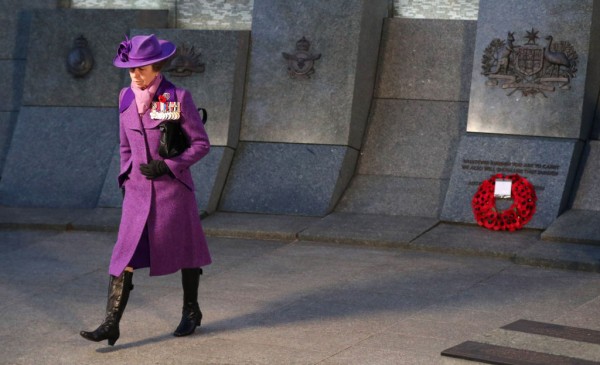 Princess Anne had been very close to her father and even shared a very personal tribute to the Duke of Edinburgh just ahead of his funeral.

In her tribute to her dad, she described the 99-year-old royal as her "teacher, supporter, and critic."

"His ability to treat every person as an individual in their own right with their own skills comes through all the organizations with which he was involved."

Princess Anne was the first of the many members of The Firm to go out for official engagements, as the royal's period of mourning for Prince Philip has ended on Friday.

Queen Elizabeth Blames Self For Failed Marriages WithIn The Royal Family, Historian Claims

A royal historian claims that Queen Elizabeth II blames herself for the ruptured marriages of three of her four children.

Is Queen Elizabeth II broke? The British royal family is once opening one of their properties to the public for a minimal price.

Prince Philip Predicted His Death? Late Royal Did NOT Want to Live Until 100

Did Prince Philip predict that he would not live until he is 100?

Good news for Princess Anne, as the royal's stalker, was finally sentenced after he threatened to stab her.

When Queen Elizabeth II ascended the throne in 1952, she promised to dedicate her whole life to the monarchy and to the citizens of the United Kingdom. However, that vow came with a price.

Princess Anne is Queen Elizabeth II's only daughter and is considered as one of the hardest-working senior royals.

Though 94-year-old Queen Elizabeth will follow relevant government guidelines and advice for the trip because of the ongoing coronavirus pandemic, there's one more thing she will have to worry about while there.

In Channel 5's documentary "Diana, In Her Own Words," royal expert Richard Kay revealed that Princess Diana was not welcomed really well at Sandringham.

Princess Anne was put in great danger after receiving multiple death threats from a man who illegally entered her residence.