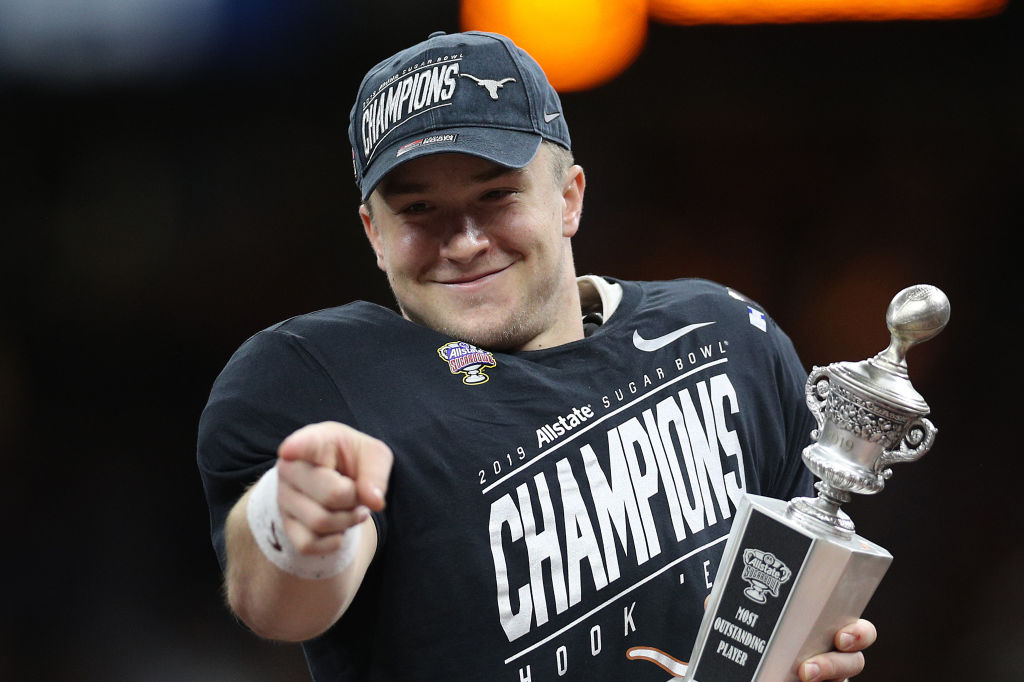 Sam Ehlinger has been warned after Jake Ehlinger's sudden death.

Ehlinger's family already asked the public to respect their privacy over Jake's real cause of death. Still, concerned fans expressed their worry for Sam.

Twitter users flocked on the social networking sites to convince the older Ehlinger to undergo several checkups and workups. According to them, this might save Sam from any unforeseen medical health condition.

Twitter user No13Seed (@No13Seed) mentioned Jim Irsay and asked him to have Sam see a doctor.

"@JimIrsay pending Jake Ehlinger cause of death, please insist Sam get a full, comprehensive cardiovascular exam/workup. I'm fearful there may be some medical anomaly that has defied detection: his father, his brother," the user said.

It is worth noting that several reports suggested that the 20-year-old Texas linebacker might have suffered from an undiagnosed heart condition. Jake's body was found on the 1200 block of West 22nd Street last weekend, with the cause of death remains undisclosed.

Meanwhile, one of Enstars' readers shared the same sentiment, detailing that Ehlinger's patriarch died due to the same condition. Ross Ehlinger died at the young age of 46 in 2013 when joined a triathlon competition in San Francisco. He reportedly died because of a heart attack.

Writer Chip Brown said the same on the 247 Sports thread.

"Devastating news. Jake Ehlinger was on a team Zoom compliance call yesterday, laughing and joking, team sources told me," Brown wrote. "Apparently, Jake had been checked out for a heart condition while he's been at Texas, I was told."

Meanwhile, another Twitter user assured that Sam surely got his heart checked during a medical examination in Indianapolis two weeks ago.

One Twitter user asked if his passing could be vaccine-related, to which another internet person said that it is impossible.

Meanwhile, another talked about Marfan syndrome that caught many people's attention.

"Marfan syndrome, can go completely undetected, not everyone has the physical signs or symptoms. A family history of early death caused by cardiovascular problems, heart attack and aneurysms. Unfortunately, athletes who are physical healthy, drop dead never knowing they had it," the user said.

According to Medline Plus, Marfan syndrome affects a patient's connective tissues in many parts of the body. It could be inherited, too, which might explain why Ross and Jake died suddenly.

Still, these should be taken with a grain of salt. The most important right now is for everyone to continue respecting the family's privacy.