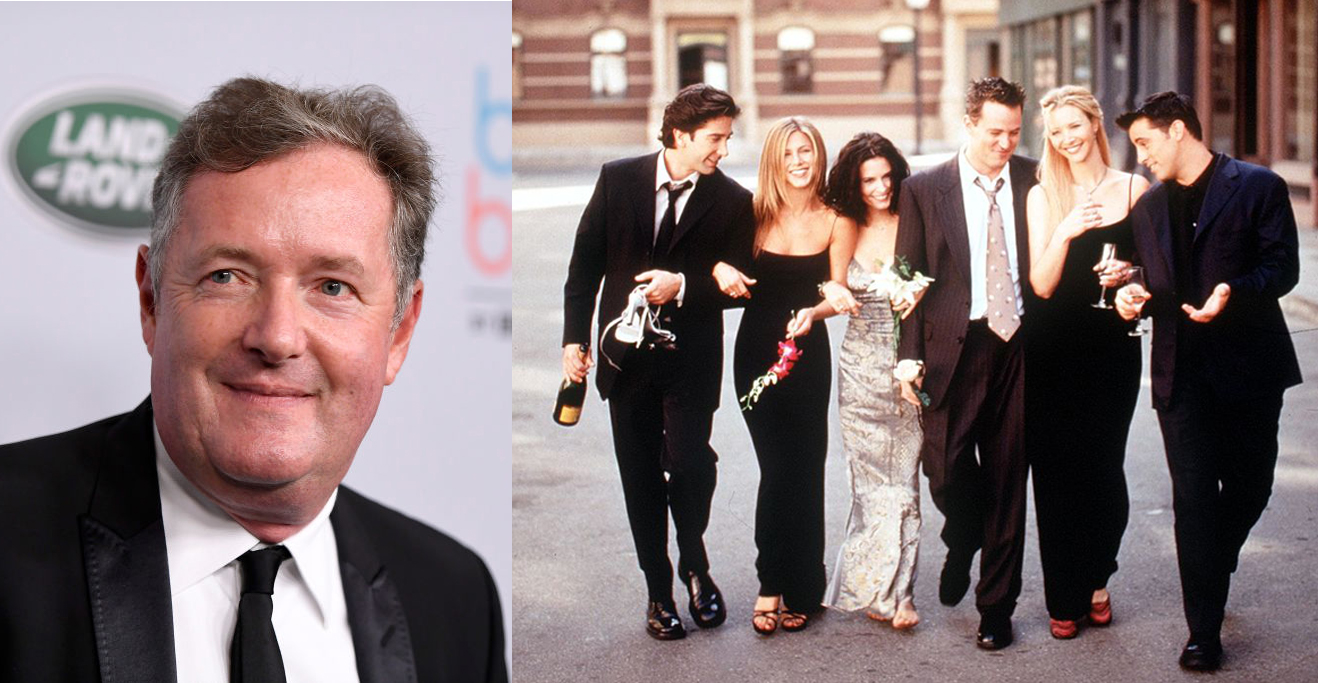 Piers Morgan has taken to Twitter to share his complete disinterest in Friends, labeling the program as 'overrated,' after the 'Friends Reunion' Special on May 27.

According to an article by Mirror, people have been sharing their excitement about the reunion on Twitter for months now. Yet, Spencer Morgan also expressed his thoughts on the show due to the number of people thrilled to see the six casts of Friends come back together in HBO Max.

Reminder that no one cares that you think you’re too clever to like Friends. Have a day off #FriendsReunion

Spencer tweeted: 'Reminder that no one cares that you think you're too clever to like Friends. Have a day off.'

The Metro reported that Piers quote-tweeted the post, expressing his dislike for the hit show. "'Friends' isn't funny. Never has been, never will be."

Friends isn’t funny. Never has been, never will be. Most overrated show in TV history. https://t.co/36C8wpMNOa

The Enh broadcaster and TV personality even called the show the "Most overrated show in TV history" which made fans defend their favorite TV Series under the said tweet.glis

Spencer had the last word though, as he retweeted his dad's tweet with the words: "Case. Point."

With over 8,000 likes and 1,000 replies under Piers Morgan's bash over the TV sitcom, netizens have also stated their opinions on the show, with a mix of agreeing with what the 56-Year old TV personality mentioned.

The tweet made a lot of people confess that they have not yet seen the show and mentioned that they do not miss a lot by not watching it. And of course, those who loved the movie ever since it was out, or those who have recently discovered and finished the show have also spoken on their side about how legendary it is.

Friends is, and always will be, legendary. An all-time classic.

Fans who waited for so long on this reunion had their hearts flutter on how nostalgic the show has brought due to its special show gathering all six casts.

READ ALSO: Matthew Perry Net Worth, Salary (2021): Is He An Actual Millionaire? How Much Does He Make Over The Years As Chandler Bing