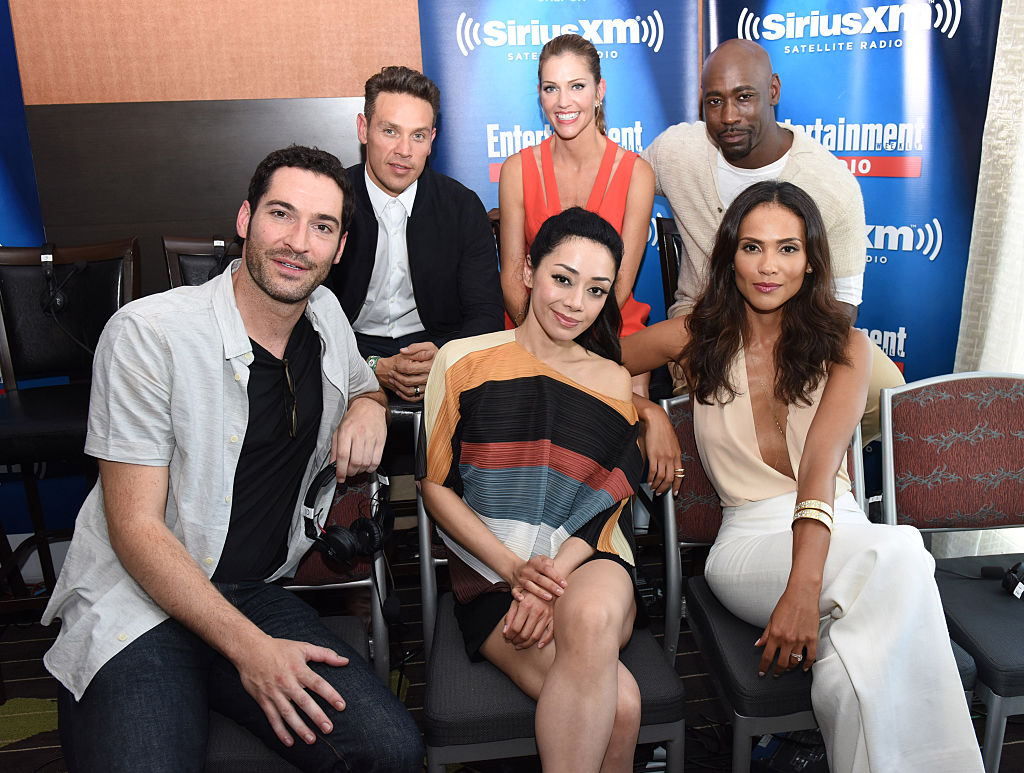 "Lucifer" fans just received the latest twist on the newly-released season 5B.

Major spoilers ahead for "Lucifer" on Netflix.

The second half of the season wasn't very too kind to everyone's favorite minor character.

If you thought this character's journey on the whole five seasons has been rough so far, prepare to be shocked for what "Lucifer" season 5B has in store for this character.

Not a lot was aware that this character is going to die, however, there already have been theories that it's possible.

He has been through so much, from his divorce from Chloe to getting demoted, to meeting Lucifer the Devil, everything that happened in the book also happens to Dan.

And death can now also be added to his list.

Dan Espinosa's death on "Lucifer" is unlike any other death in the show or the series.

In the 12th episode of the hit Netflix show titled, "Daniel Espinoza: Naked and Afraid," Detective Douche deals with a worse fate earlier on in the season when he was able to meet God.

But despite all the warning signs that many failed or refused to see, his death was not something many still expected.

In the last seasons, despite the hardships, Dan was able to find happiness again with Charlotte Richards, also known as Goddess and most importantly known as God's wife.

So imagine his horror when he finds out and when God found out, about their rendezvous on earth.

As Dan apologizes to God for dating his wife, he smiles and tells Dan that it's okay and that "everything is as it should be."

Though God seems to have meant that it was "fine," in a blink-then-you'll-miss-it moment, Dan's body LITERALLY explodes.

However, as Lucifer stares in horror, just as quickly, Dan Espinosa is back and seemed to be clueless as to what happened.

But does he really die on this season?

Yes, Dan Espinosa dies in the arms of his ex-wife Chloe Decker.

He was killed while being alone in a case by a mercenary hired by Michael. Lucifer and Maze immediately found Dan's killers and had their revenge.

However, it doesn't bring Dan back. Lucifer becomes furious with his friend's death.

But Will Dan Return on 'Lucifer' Season 6?

Despite forgiving himself for his moral failings, Dan Espinosa still went to hell because his lifetime of guilt was still too much.

But upon realizing that he was a tangential part of Dan's death, Lucifer immediately decided he needs to become God to right the wrong.

He told his therapist and friend, Linda, "There are no words to convince me the system isn't broken."

".. Dan should not be dead. The system is not only broken. It's unjust."

With Lucifer deciding to become God, he may use his powerful new position to bring Dan Espinosa back to life or even give him a special ride to go straight to heaven.

Also, the theory that Dan, played by Kevin Alejandro, has been spotted on a production assistant's Instagram post on the set last Nov. 2020, is a possible hint that he's going to be part of season 6.

After all, the production of "Lucifer" season 6 started in Oct. 2020. The IG post was even tagged, #LuciferSeason6.

But perhaps he was only needed for an episode or two. Moreover, it's still going to be a treat to see him on the final season of "Lucifer."

"Lucifer" season 5B is available for streaming on Netflix.

READ MORE: Meghan McCain's Mom Speaks Out on 'The View' Host's On-Air Spats, 'It Bothers Me'