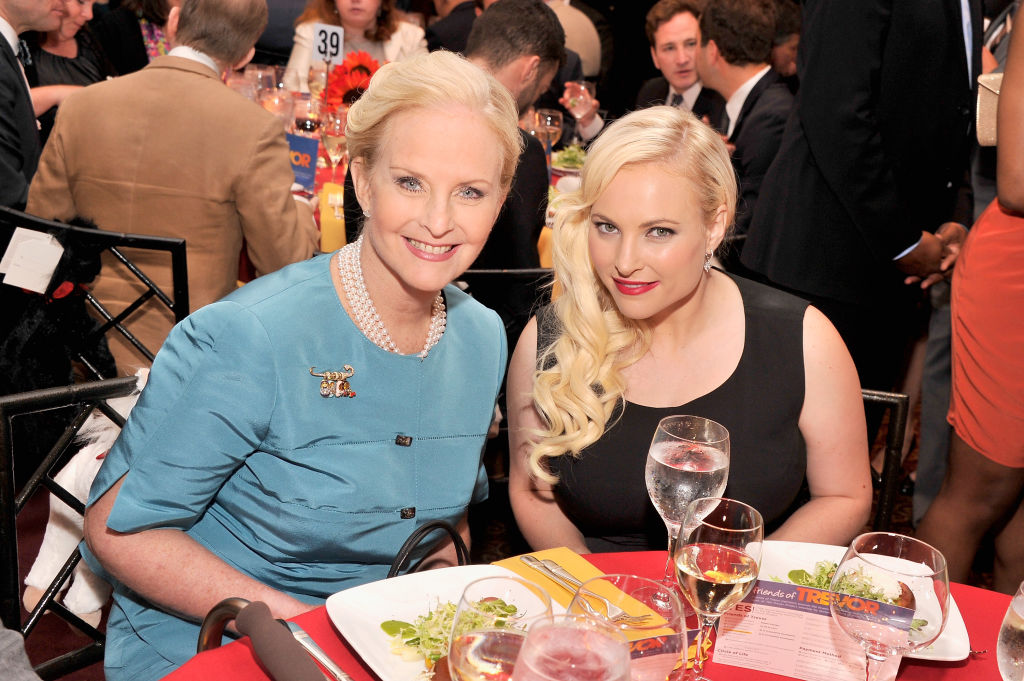 Meghan McCain's mom made recent confessions on how she feels about her daughter's segment and spats on "The View."

Cindy McCain, who is the widow of the late American politician John McCain, spoke to Andy Cohen recently about Meghan's outbursts on "The View."

Just like many other parents, Cindy also cringes at her daughter's antics.

In the first part of the interview, the businesswoman and philanthropist told Andy that Meghan McCain is doing a great job on "The View."

"She stands up for what she believes in, and that's all that you can ask for."

Cindy praised her daughter, saying, "And she's also really smart. So I appreciate what she does. I don't always agree with her, but I do appreciate it.

But then the mother-of-four acknowledged that sometimes, she gets disturbed by Meghan's on-air spats with "The View" co-host Sunny Hostin, Joy Behar, and Whoopi Goldberg.

Cindy explained, "From a mom - you teach your children to be polite and be nice to other people and all that kind of stuff, and it does make me cringe a little bit."

However, she admitted that she does understand that it's Meghan's job and that it's Whoopi's job as well to keep things at peace.

"So I understand everything that's going on there. But as a mom, yeah, it does bother me. A little bit."

Meghan McCain Walks Out of Off-Air 'The View' Meeting

Gossip Cop recently reported that Meghan McCain stormed out of a meeting with her "The View" co-hosts and ABC executives about what ABC considers to be personal attacks among the panelists.

The outlet said that the executives noticed some tense atmosphere on the show and so they reached out to each one of the hosts for a meeting to ease off getting too personal amid the heat of discussion.

However, Meghan reportedly didn't take the news well, so she allegedly stormed away before the meeting concluded.

The last straw for ABC executives is said to be the intense argument between Meghan and Joy over ant-Semitism.

Their on-air spat was reportedly met with many complaints from "The View" watchers who are calling for the show to fire Meghan McCain, similar to what they did on "The Talk" to Sharon Osbourne.

READ ALSO: Is Meghan McCain Getting Fired From 'The View' After Joy Behar On-Air Spat and Meeting Walkout?

Is Meghan McCain Getting Fired From 'The View?'

ABC head Amy Goodwin also sat down with the hosts to remind them of toning down the personal attacks, however, Meghan felt that the meeting wasn't meant for everyone but was instead intended to be a personal attack on her.

However, the ABC boss' take on how fans are feeling isn't far from the social media chatter.

Many took to Twitter to express their frustration over Meghan McCain's combative controversial approach.

Joy Behar told Meghan McCain aka Nutmeg to put some RESPECT on her name and career lineage.

EVERYONE has had it with Meghan.
It is time for her to make her exodus from #TheView. pic.twitter.com/pytiDiTBDD

Even writer David Weissman aired his annoyance on the host, saying that Meghan's heated words with her co-hosts overshadow the other aspects of the show.

"I'm sick and tired of seeing the 'The View' trend because they rather keep Meghan McCain on for ratings instead of having good faith discussions."

He added, "She is becoming just as bad as Rush Limbaugh, to be honest. At least CNN had the decency to fire Rick Santorum."

READ MORE: 'The Talk' Left Out From 2021 Daytime Emmy Nominations: Is The Snub Because of Sharon Osbourne?