Coachella 2022: After COVID-19 Hiatus, Festival To Return on These Dates

Coachella is officially back!

According to Vulture, the event promoter "Goldenvoice" has already released the schedule for a most-awaited music festival, which was cancelled for two consecutive years because of the COVID-19 pandemic.

The dates can be found on Coachella's website, The first round of festivities will begin on April 15 to April 17, and Coachella Day 2 will be on the following weekend, from April 22 to April 24.

The advance ticket selling will be happening on June 4. Coachella's website offers registration for the advance sale at exactly 10 AM.

Where and When to Buy Coachella 2022 Tickets

The general ticket selling will be a day after the advance sale. Interested parties can subscribe to get notified on June 5. There is already a waitlist for first access to the regular ticket sale, which will be released at 1 AM.

The website also offers hotel and travel packages such as the "Weekend One Travel Packages" that include the festival passes, hotel reservations, and shuttle service for traveling to-and-from the concert ground. It offers accommodation for two passengers or a maximum of 4 people.

The other two packages are the "Weekend Two Travel Packages" and the "Shack Up on the Safari," the former offers the same inclusions as the "Weekend One" while the latter is a reservation for a "furnished tent or yurt."

Coachella will be held at the Empire Polo Club. The official address is 81800 51st Avenue, Indio, 92201, United States of America.

Coachella 2022: Stagecoach Musical Line Up for The Most Anticipated Summer Festival

According to the official website, the lineup for Coachella 2022 will be announced on a date closer to the actual event.

Although the artists who will perform are not yet confirmed, one can expect the same level or an even better range of performances.

Before Coachella 2020 was cancelled, the music festival already released the lineup that never was. Coachella-goers can base next year's selection to be similar.

Based on this article by Hapers' Bazar, the 2020 Coachella would have had Frank Ocean, Travis Scoot, and Rage Against the Machine as the headliners.

Other names that were dropped include Lana Del Rey, Megan Thee Stallion, Charli XCX, FKA Twigs, and Calvin Harris among others. 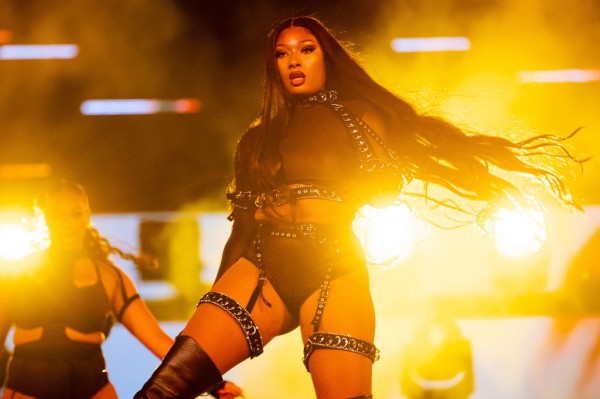 The buzz around the music festival industry is loud as other events confirm their opening dates.

Meanwhile, next year's calendar is also starting to fill up. Aside from Coachella, other festivals have also announced their dates. Primavera Sound will have a similar two-weekend event from June 2-June 4 and June 9-June 22. Glastonbury has yet to announce its scheduled dates but has confirmed to open for 2022 as well.

READ ALSO: Billie Eilish Happier Than Ever 2022 Concert Tickets: How To Secure

Tags: Coachella coachella 2022 music festival
© 2021 EnStars.com All rights reserved. Do not reproduce without permission.
Most Popular
You May Also Like

Coachella 2020 May Face Postponement Because of COVID-19 Outbreak in U.S.

Coachella, the most-awaited annual music festival, is expected to be heavily affected by the COVID-19 outbreak and could be postponed some time from now.

Beyonce continued her bid for world domination by purchasing a church in New Orleans. The 100-year-old building, decommissioned years ago, may soon house religious services dedicated to the singer.

Bella Hadid and The Weeknd were caught kissing while at an after-party at the Cannes Film Festival on Thursday. The exes also left the party together where they tried to make a quiet exit.

Fans were here for Beyoncé's tumble during her Coachella performance over the weekend. Her sister Solange Knowles joined her on stage before the two had the now-epic moment.

Jay-Z met Cardi B during the recent Coachella after performing onstage with his wife, Beyonce. More than that, he rubbed the pregnant rapper's growing baby bump.

Supermodel Kendall Jenner proved she's always ready for an impromptu shoot at Coachella 2018. The reality star posed on the grass in a leopard print bikini, to the delight of her Instagram followers.

Cardi B's recent guest stint at 'The Ellen DeGeneres Show' proved to be entertaining as she shared a lot about her pregnancy. By a lot, that meant hinting the public of how she got pregnant.

New mom Kylie Jenner can't help but find unique ways of incorporating her daughter's name into every aspect of her life. The fancy manicure of the Kylie Cosmetics founder is Stormi-inspired.

'Teen Mom OG's' Farrah Abraham does not encourage parents to bring their children to Coachella, citing the music festival as unsafe. This came after she was slammed by the public for getting butt injections as her daughter watched.