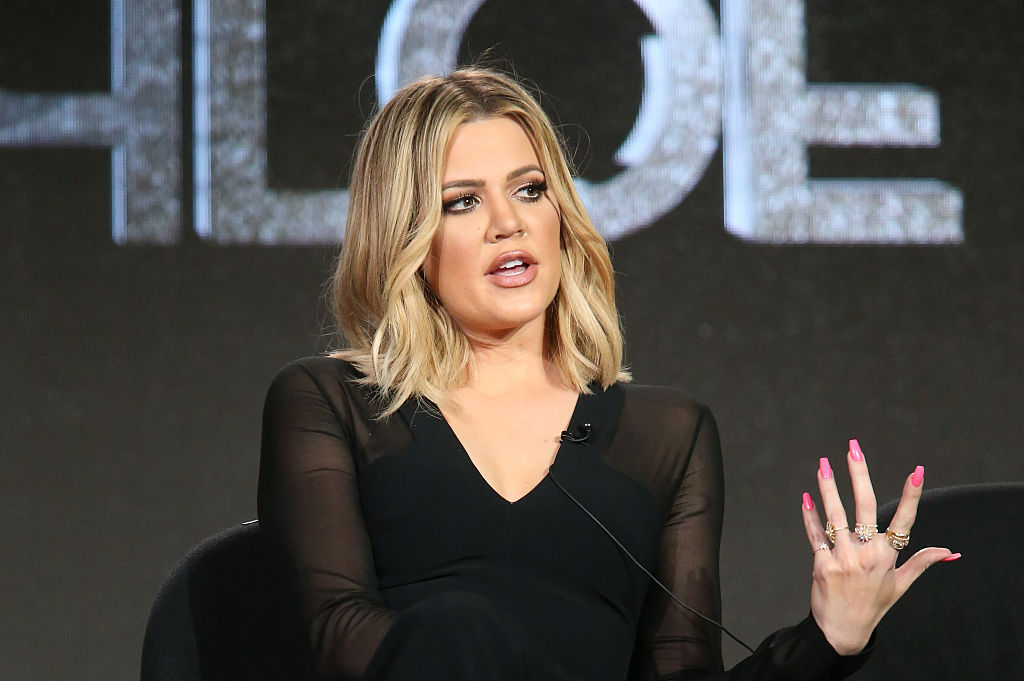 As Kanye West celebrates his 44th birthday, members of the Kardashian Family had sent their warmest greetings to the rapper despite the ongoing divorce with Kim Kardashian.

Khloe Kardashian is among those who sent their regards. The reality TV star took to Instagram to post a photo of her and boyfriend Tristan Thompson, alongside estranged couple Kim Kardashian and Kanye West.

The photo was captioned "Happy birthday to my brother for life!!! Have the best birthday Ye! Sending you love and endless blessings!!" she wrote with a white heart emoji (check out the photo below)

Kim then commented a red balloon emoji on the post.

Although a lot of fans praised Khloe for the tribute and having a good relationship with Kanye even after his divorce with her sister, the greeting does not sit well with a fan who called out Khloe's caption.

The critic, whose username is @aliyahmartinez98, replied to Kim's comment saying "Im sorry Kim. The whole 'brother for life' thing is too petty for me" she wrote, "Your sister bond should be much more strong than feeling the need to say that." she continued.

"Your divorce was so hard on you even the picture is uncalled for. There is so many other pictures. Google could of been her friend. This wasn't cute but im glad your being strong through it all." she added.

It didn't take long for Khloe to clap back regarding the criticism, the Good American CEO quickly slammed the user by writing "Why are you even commenting on something you know nothing about? You don't think me and my sister's talk about one another's feelings? We are with one another every day," she wrote.

Khloe then labeled the user "weirdo". She concluded her reply saying "This is MY FAMILY. Not yours! Don't comment as if you in the know unless you are actually in the know. Weirdo!!"

The critic didn't respond to the comment section and her account remains active but is currently private.

Khloe's reply received 15,178 likes at the time of this writing, and fans rallied their support towards her by commenting applause and heart emojis.

Other Kardashians greet Kanye on his birthday

Besides Khloe, other members of the Kardashian family had also sent their regards to the rapper for his celebration. "Momager" Kris Jenner posted a photo of her and Kanye on Instagram stories and captioned it with "Happy Birthday #kanyewest!!!"

The "Famous" hitmaker's estranged wife also took to the social media platform posting a sweet family photo where she wrote "Happy Birthday Love U for Life!" (check out the photo below)

Kanye has not publicly responded to the birthday greetings posted.

In early reports, Kim Kardashian filed for Divorce a few months ago which is not yet finalized.