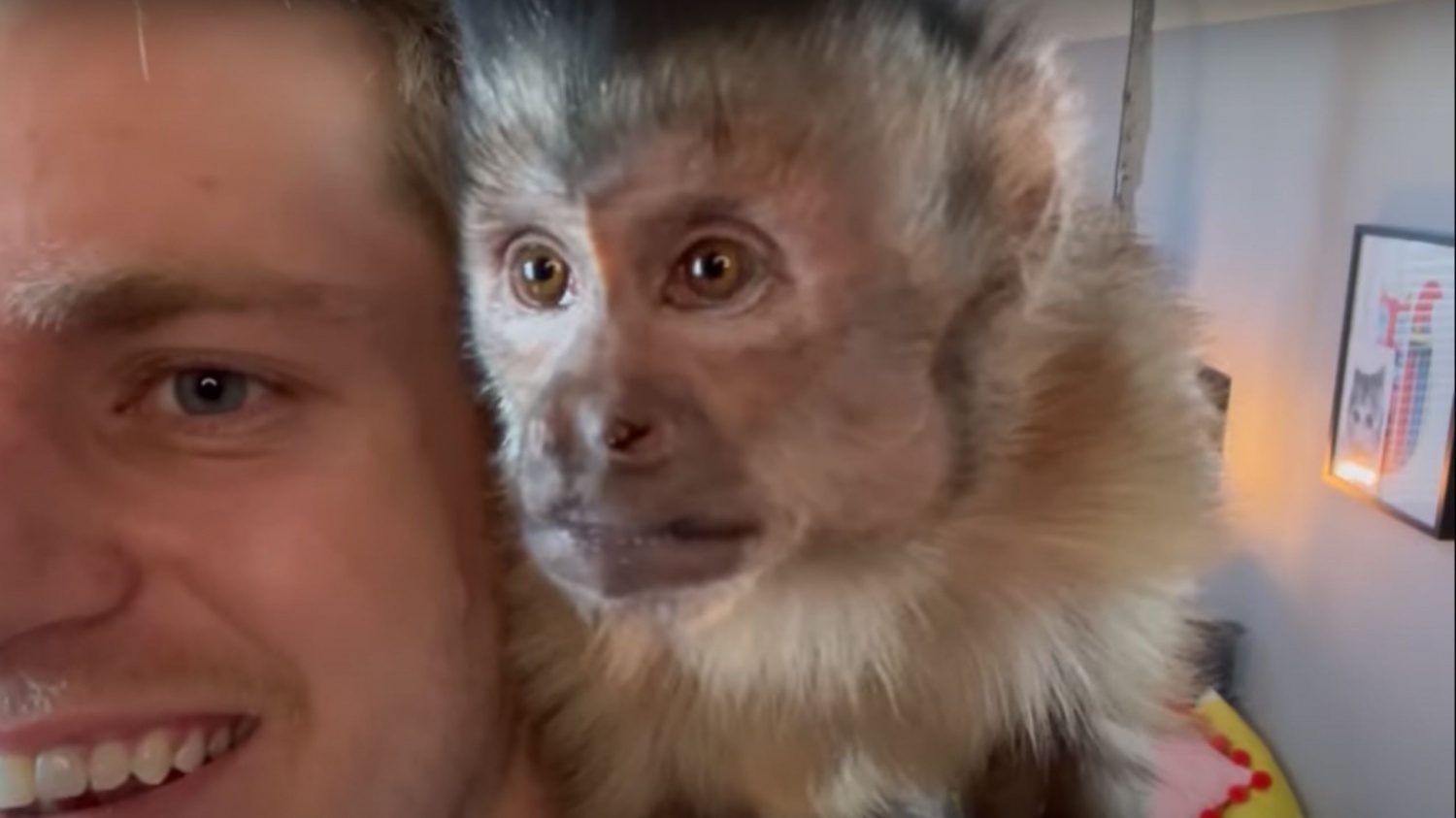 George the monkey, popularly known as @heresyourmonkeycontent on TikTok, has tragically died after a trip to the veterinary clinic.

The monkey, often called as Georgie Boy, died on June 7 in Texas after a regular check-up on his teeth, there were complications with the anesthesia that was used on him. The tragic news was announced by his owners on TikTok and Instagram.

In the video, consists of happy moments with the monkey, the couple wrote "we have a devastating news"

"George was a light when things seemed dark, and he was a reminder of the love that exists in all of us." they added. "though the fun and loving life of George has left, his spirit of hope and love lives on. We love you, George." they concluded. (Watch the video below)

READ NOW: Jennifer Lopez and Ben Affleck Vowed Not To Make THIS Same Mistake From Their Previous Relationship

Following his death, millions of fans from all over the world expressed their sadness around the internet.

"So I followed this monkey named George on TikTok and he really was my favorite, they just posted he passed away and I am crying like a whole ass baby " one user wrote.

"I'm so upset about George. He literally is the only person outside of my friends I follow. Watching that monkey live his best domestic monkey life brought me so much joy and I appreciate him & his owner" another user tweeted.

Before his death, Georgie Boy had 17.6 million followers on TikTok, over half a million on Instagram, and almost 50 thousand subscribers on YouTube. The monkey's unique ability and intelligence made him garner a massive fanbase on the internet.

George had received hundreds of gifts from fans, like toys, snacks, and fan arts, which he opens every Friday in a YouTube video segment called "Fanmail Friday". the monkey has the ability to open the packages himself where he can be seen excited.

George, who just recently celebrated his birthday, had also caught the attention of celebrities like Meghan Trainor and Jason Derulo to name a few.

The monkey, whose breed is black-capped capuchin, is an emotional support animal— an animal companion that provides therapeutic benefits to an owner with emotional or mental disability.

George spent a decade with his family before passing away at the age of 12.