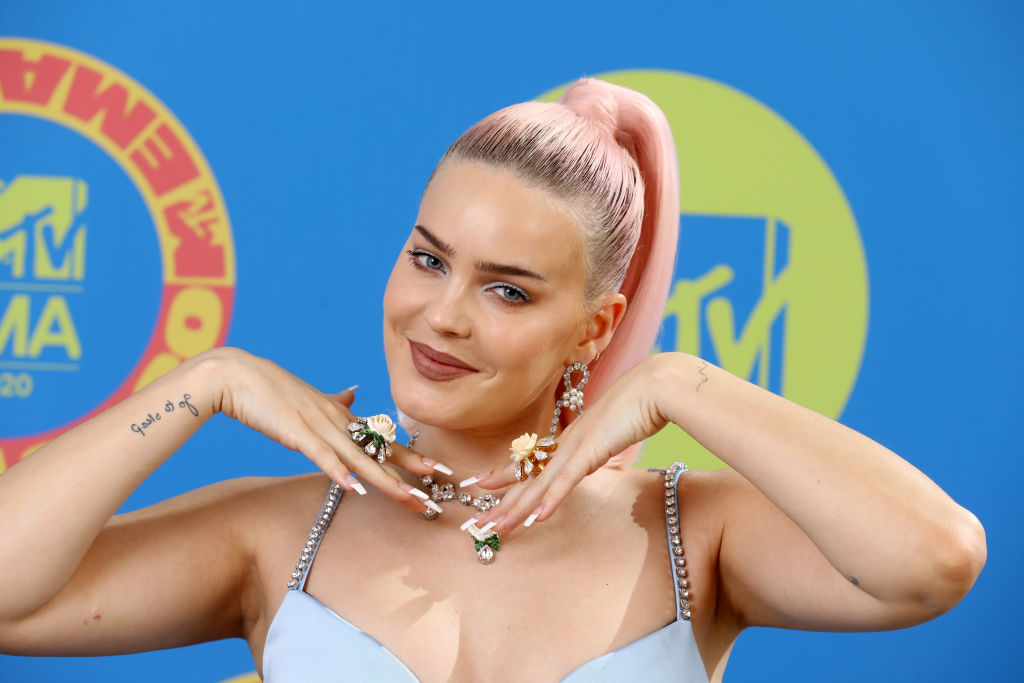 The highly-awaited LITTLE MIX and Anne-Marie's collaboration, being worked on for years, is now placed on a hold. All just because of this pandemic.

But then, it's just temporary, anyway.

Fans were particularly thrilled to find out how the pop trio and "The Voice" coach were finally teaming up for a song. They were already on the verge of shooting a video on June 7, but something made them cancelled all plans of doing so.

A crew member tested positive for COVID-19, which means they have to distance themselves from each other for a while. They cannot be too careful even if what they are doing is something highly-demanded for.

This is because both Leigh-Anne Pinnock and Perrie Edwards are several months pregnant. Contracting the virus should be the last thing they are at risk of.

Because they are being extra-vigilant, their teams are now scrambling to find a new date to shoot the video.

This would not be a short delay though. Since the two camps have their respectively busy schedules, finding one where both are free to do the video at the same time can be challenging.

One music insider revealed, "Little Mix and Anne-Marie were supposed to be shooting the video for their new single on Monday.

"But just hours before, one of the crew tested positive for Covid, meaning everything had to be cancelled," he added.

"Perrie and Leigh-Anne being pregnant means it's even more of a worry for them," he further explained.

The insider claimed that both sides are feeling "gutted" about this temporary delay in making a video. The song is too great and the collaboration too good not to get a video done.

"It would be a real shame if this great single doesn't get a video," the insider said.

Details about the track are very limited. What was only known about it is that it is going to be released next month. Many believe that the new song will be part of the tracks in Anne-Marie's new album "Therapy," which is out on July 23.

Anne-Marie recently talked about her newest album and shared why it is titled that way.

She revealed that the album is somehow related to her being anxious.

"It is all a bit of a mixture of emotions in the album, explaining how I feel and what I have learned about myself," she said.

She said she was compelled to be confronted with her demons during the lockdown.

"I have always struggled with anxiety and all of this stuff. And since being faced with it in the pandemic and forced to be on my own, and deal with it I have finally become okay with being on my own and who I am," she added.

ALSO READ: R. Kelly Says Lawyers Did Not Quit - He Fired Them As Trial Looms; Did Singer SIgn Own Sentence?