Grammy Award-winning and multiplatinum artist Lorde has recently dropped a new track, "Stoned At The Nail Salon," ahead of her upcoming album "Solar Power."

"Stoned At The Nail Salon" is the second track released under her highly anticipated third studio album, to be released via Republic Records on August 20th. "Solar Power" will be having twelve tracks and is produced by singer-songwriter and producer Jack Antonoff, who previously worked with Lorde on her previous chart-topping release "Melodrama."

As for her latest track, Lorde says: "This song is sort of a rumination on getting older, settling into domesticity, and questioning if you've made the right decisions. I think lots of people start asking those questions of themselves around my age, and it was super comforting to me writing them down, hoping they'd resonate with others too. I used this song as a dumping ground for so many thoughts." 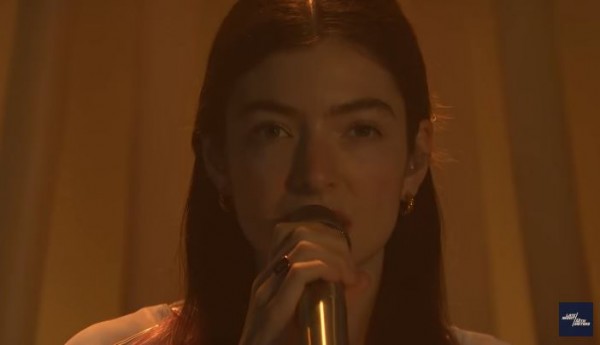 She made her first live performance of "Stoned At The Nail Station" last July 21, on the Late Night with Seth Meyers, topping a delightful conversation with the late night talk show host in addition to creating a live easy listening session. She also hit the bar in the show's signature "Day Drinking" segment.

Also, Lorde describes her upcoming album as a "celebration of the natural world, an attempt at immortalizing the deep, transcendent feelings" she has whenever she's outdoors. She shares that whenever she's in her times of deep love, heartache, grief, and confusion, she looks into nature, with the album being the result of it.

In appreciation and honor of the natural world that has driven her to create her latest album, Lorde will be releasing the album in a first-of-its-kind, diskless format. Also, an "eco-conscious Music Box" will be available for purchase, an alternative to the conventional CD. The innovative offer will also come with extras: visual content, exclusive photos, handwritten notes, and a download card. The download card provides customers with access to high-quality copies of the music in high-quality, as well as two more exclusive bonus tracks, and additional surprises Lorde's team will reveal soon.

"I decided early on in the process of making this album that I also wanted to create an environmentally kind, forward-thinking alternative to the CD," Lorde said about the album. "I wanted this Music Box product to be similar in size, shape and price to a CD, to live alongside it in a retail environment, but be something which stands apart and that's committed to the evolving nature of a modern album."

Just last summer, Lorde announced the schedule for her 2022 World Tour dates. Promoted by AEG presents in the US and Canada, the sold-out show marks her first since 2018, kicking off the North American leg in Nashville last April 3 at the Opry House before an epic conclusion at the Santa Barbara Bowl last May 7.

Tags: lorde lorde new album Lorde Solar Power
© 2022 EnStars.com All rights reserved. Do not reproduce without permission.
Most Popular
You May Also Like

It has been another day for Lorde fans to celebrate as the singer releases a new album and tour dates on Monday, June 21.

After a long hiatus, Lorde returns with a new song called 'Solar Power' but fans aren't convinced with the "positivity" portrayed in the music video.

Lorde teases new single that will be released in the year 2021!

Lorde fans are having the time of their lives while simultaneously getting tired of the constant rumors about an "upcoming" album from their favorite artist.

Watch Taytay and her squad do a 'bikini dance'

See How Stars Like Lorde & Miley Cyrus Are Rallying Behind Kesha

Her recent legal battles have led pop star Kesha to find support in surprising places, as celebrities stand with the struggling singer.