A smooth flowing R&B track with AfroSwing elements, the track runs for a little over three minutes. Wendy Godfrey vividly describes and narrates in 'Venus' how contentment in a relationship provides a fresh perspective, a feeling that prevails when you're staying with a person you have that special connection with. With a mellow rhythm carrying Wendy's stress-free delivery, "Venus" is both alluring and empowering - set to be a modern R&B gem. 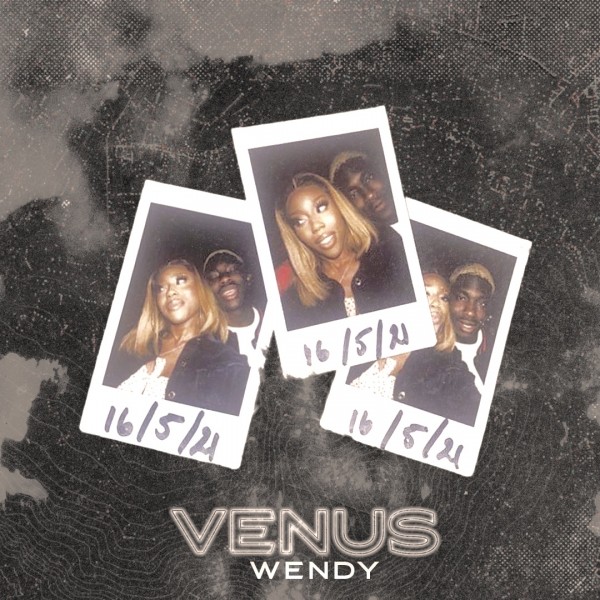 "'Venus' is about indulging in being in a whole different world when you have a special connection with someone," Wendy Godfrey says in a statement. "The lyrics portray you seeing the world in a different perspective when you're content, especially with that certain person."

She also recalls conceiving "Venus" when her producer, Solow The Astronaut, was working on a beat. "I was just freestyling the melody with a few lyrics here and there, then when the beat was done, I started writing to the beat," Godfrey adds. She said that the second part of the chorus came first, followed by the first verse, and the rest of the song started falling into place.

"Venus" is the latest track from The Hot for 2021 artist, who first made her debut in the music industry with "How Far," released July 2020. Wendy Godfrey made her follow-up with "Bad Guy" later in the same year, steadily growing her fanbase with her raw musicality, highlighted with her debut EP "Purple Emotions."

The young recording artist, singer-songwriter, and performer was born and raised from the town of Drogheda, on the Irish East Coast. Loving music from an early age, she grew up inspired by the greats such as Michael Jackson and Beyonce, and has started singing and performing since she was seven. She has also written, recorded, and performed her own original tracks - works by a young girl honing her talents and living out her passion.

Soon after her debut, she was recognized as the Artist of the Month by Drogheda radio station LMFM for August 2020, and performed on DCUFM's Wavelength event in support of Doras. She managed to enter the Top 10 Artists on the 2nd Annual Snow Globe Awards 2020 by Hot Hits. She has also appeared on the "HotFor21" list by the HotPress Magazine, also receiving a nomination for the Most Promising Act for 2021 from the music publication.

Prior to her release of "Venus," Wendy Godfrey has been actively collaborating with other up and coming musicians like IK3, Andre Fazaz, Evans Junior, and more. As Ireland slowly eases its restrictions on travel and in-person events, Wendy is starting to gear up with the nation's gradually increasing live events, recently taking the stage at the Rhythm Encore Event. She works towards her aspirations of using her music to positively impact people, giving others the encouragement and support she learns herself as a continuously growing artist.

Tags: Ireland Music R&B
© 2021 EnStars.com All rights reserved. Do not reproduce without permission.
Most Popular
You May Also Like

Irish women took to the freezing waters off the coast of County Wicklow to set a new world record. The record-breaking event involving 2,505 women was for the cancer charity Aoibheann's Pink Tie.

Ireland has become the first country to drop its affiliation with fossil fuel initiatives. A law supporting the move will likely be passed.

This Irish Schoolboy's Accent Made Him Internet Famous

When a teenager from Ireland walked to school through the snow, he probably didn't expect to become a global sensation.