The Caron Treatment Center with be hosting its 27th annual New York Gala to raise funds for its Financial Assistance Program - and will be honoring "The Bachelorette" star and winner Zac Clark, as well as his family.

Set on Thursday, September 9, the annual Caron New York Gala is expected to draw in more than 700 guests in attendance, with the event being expected to raise more than $1 million. Aside from Zac Clark and his family, other participants from The Bachelorette are also expected to make their appearance.

The event will be taking place at Cipriani 42nd Street, New York City where there will be red carpet and interview opportunities for Caron Board Members, Caron CEO Brad Sorte, Zac Clark, and the other celebrities in attendance. 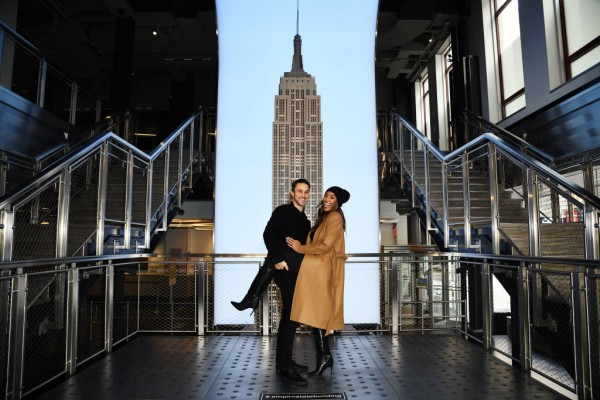 Zac Clark and his immediate family - Beatrice, Dough, Kathryn, and Allison - will receive the Richard J. Caron Award of Excellence on September 9. Zac Clark himself is a co-founder of Release Recover, an organization focused on sober living and recovery serving Westchester County and New York City. The "Bachelorette" star has also organized and led Caron's New York City Marathon team and is now a member of the Caron Corporate and New York boards.

Just last year, with help from other generous donors, Caron was able to provide 10 million US dollars in financial assistance, with a significant portion of the effort going to the greater New York area. This time, funds raised from the New York Gala will go to supporting patient financial assistance throughout Caron's continuum at Caron Renaissance and Caron PA and its mission of providing Recovery For Life through unique services targeted at adolescents, young adults, adults, and their families. The city's Caron New York Recovery Center offers a wide range of services, from screening, education, as well as early recovery support groups, and family engagement programs. These efforts provide a healthy environment across the entire region.

The honor for Zac Clark and his family follows after Zac celebrates his ten years of sobriety after a long battle with addiction since his last appearance from "The Bachelorette." The 37-year-old celebrity wrote on Twitter: "10 years sober today. For a guy that couldn't stop shooting heroin, smoking crack and guzzling booze this is truly a miracle."

Tags: Zac Clark Addiction new york
© 2021 EnStars.com All rights reserved. Do not reproduce without permission.
Most Popular
You May Also Like

"The Bachelorette" finale saw an unexpected turn between Zac Clark and Tayshia Adams.