OG 'Blue's Clues' fans rejoice! Steve Burns is back with a very heartwarming message. Some fans who were able to catch the message earlier made the video trended and claimed how hearing from the beloved host made them want to cry.

On the video released by the official Nick Jr. Facebook account, Steve detailed how he went to college and reminisced about the fun times he had chasing clues with Blue. Hearing him said those words were enough to drive some fans wild, who are probably now in their late 20s and 30s.

It's obvious that everyone missed him. He looked quite different from how he was back in the days, but who can claim they have not changed? And yes, he once said he's going bald and it appears so now, but fans seem not to care. Time has certainly changed.

Why Did Steve Burns Really Leave?

The official reason of going to college is true. There is no lie about that. But it turns out Steve's balding hair, which he personally gave as a reason for leaving the show after he departed from it a few years already, is true as well.

During its decade-long run on Nickelodeon from 1996 to 2006, "Blue's Clues" was one of the most popular children's series. The show's host, Steve Burns, became a huge celebrity among the younger demographics and was even nominated for a Daytime Emmy award in 2001. Along with George Clooney and Ben Affleck, he was voted one of People's most eligible bachelors in 2000.

However, in his farewell episode in 2002, at the height of the show's popularity, the adored Burns unexpectedly quit "Blues" to "go to college." At the time, the actor was 29 years old. Fans were naturally devastated, who technically grew up with Burns - and Blue. His sudden disappearance made people wonder if he truly went to college. Rumors circulated that Burns died of a drug overdose, was a drug addict, or was killed in a vehicle accident. Even a coworker said she had also heard he resorted to drugs.

In an interview for Nickelodeon's program "Behind the Clues: 10 Years with Blue," Burns made sure every fan knows that he's still alive and certainly not an addict. However, he gave his personal reason for leaving the beloved show.

Burns admitted that one of the primary reasons he left the program was because he was growing bald and didn't want it to happen in front of his youthful followers on national television.

In this most recent video, it can be seen that indeed, Steve's hair has thinned immensely, but this is not noticed or criticized by fans who just literally missed him. Comment after comment was of fans who said watching the whole video made them want to cry. 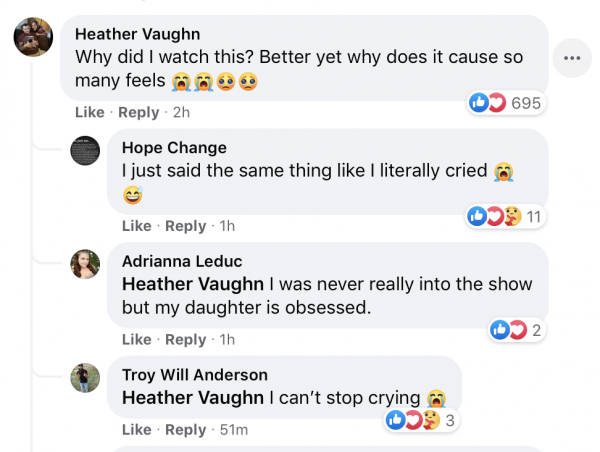