The model and entrepreneur Jordyn Woods is fresh on her recently shared weight loss journey on Instagram after her 2019 cheating scandal.

Woods updated her 23 million followers where she used photos to promote her "FrstPlace" fitness brand and even admitted that the images she used were sent to her by the team. Alongside sharing her staggering weight loss, she also pulled a bit of a Kim Kardashian-like wearing a stunning currency-print dress.

As reported by Suggest, Woods has already been making weight loss headlines after her scandal with Khloe Kardashian's baby daddy, Tristan Thompson, which later on affected her friendship with Kylie Jenner. Sources even reported that she dropped 30 pounds. 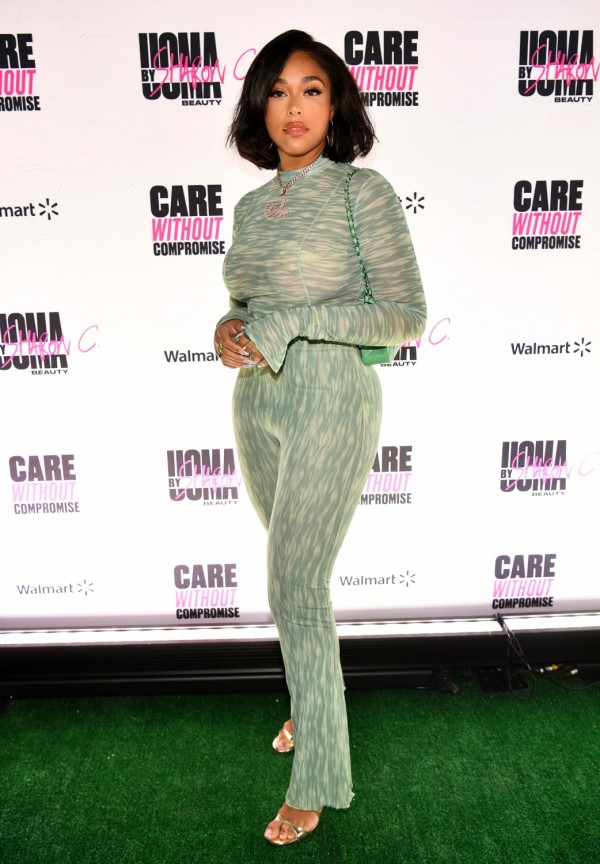 The story behind her weight loss journey was due to a deeper reason. Sources confirmed that she revamped her unhealthy lifestyle after losing her father, John Woods, due to cancer. Jordyn even admitted that she received comments saying her dad "deserved to die" once the scandal became public.

Just as shown in the newly updated post, she shared a past photo of herself in a pair of jeans, a crop top, and a jacket, comparing it to a new version of herself in a tight dress.

Just as she labeled her photos with a before and after mark, Jordyn left a caption that said, "Sheesh, I got this photo sent to me by the @frst.place team and I look back and have to realize I came a long way and it didn't happen overnight!"

"I can't even believe I'm posting this but this is really me and this is my journey. Hopefully this can inspire some of you!" The 23-year-old confirmed that her changed happened because of "mental and emotional work," and "physical came with it."

Leading into promoting her brand, Woods made sure to make her followers try "FrstPlace," with the photos seemingly the impetus for a new challenge for FrstPlace users, who are this month getting an app.

"For me, transformation was a gradual change from the inside out. I want you to experience all that FRSTPLACE represents in mind, body, and spirit," she continued. "That's why we are launching our first ever CHALLENGE with FRSTPLACE!"

Her recently shared post attracted many familiar people, including singer Willow Smith, and was praised by Kylie Jenner's photographer, Amber Asaly. Elizabeth Woods, her mother, was also there, leaving a comment that said "Such a journey!" as she showered support to her.

READ MORE: Tanya Fear Goes Missing in the US? Ex-'Doctor Who' Star's Friends Plea For Help on Social Media

Tags: Jordyn Woods jordyn woods and kylie jenner friendship
© 2021 EnStars.com All rights reserved. Do not reproduce without permission.
Most Popular
You May Also Like

In the second part of 'Keeping Up With The Kardashians' explosive reunion, sisters Khloe Kardashian and Kylie Jenner explains their relationship today with Jordyn Woods following her admitting to kissing Tristan Thompson.

Is Kylie Jenner a bully? A model claims that she was bullied on the set of Tyga's music video for "Ice Cream Man" back in 2015.

Jordyn Woods' boyfriend is none other than NBA star Karl-Anthony Towns, and it seems the two go a long way back.

Jordyn Woods No. 1 Fan: Karl-Anthony Towns Supports Her Being On OnlyFans

It seems like Jordyn Woods is getting all the support she needs, not from Kylie Jenner and the Kardashian-Jenner clan, but because of her boyfriend.

Kylie Jenner's ex-BFF Jordyn Woods continues to embrace her new life by signing up for the adult content site, OnlyFans.

In a new interview however, Woods was quite willing to go back and talk about it once more.