After being hospitalized with COVID-19, the man who filmed the violent Rodney King attack that started the 1992 Los Angeles riots has apparently died.

According to TMZ, George Holliday, 61, had been hospitalized in Simi Valley, Calif., since mid-August with deteriorating symptoms. Holliday, then a plumber, took his video camera and captured King, an unarmed Black man arrested for driving while inebriated, from his balcony in March 1991.

After being hit with a billy club, King sustained a broken right leg, wounds and bruises to his face and body, and a burn to his chest from a stun gun. Four policemen from the Los Angeles Police Department have been charged.

Sergeant Stacey Koon and Officer Laurence Powell were found guilty and sentenced to 30 months in jail. Despite being exonerated of all charges, Timothy Wind and Theodore Briseno were fired by the LAPD. King also filed a lawsuit against the city of Los Angeles, which was settled for $3.8 million. Holliday auctioned off the video camera last summer.

After the cops were acquitted, the video became a global sensation, sparking riots that resulted in 54 deaths, 2,383 injuries, hundreds of demolished structures, and almost 12,000 arrests. 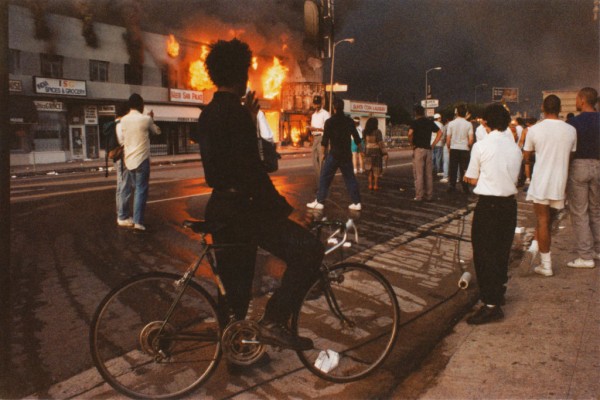 George was married and working as a manager for a large plumbing and rooting company at the time. He's now divorced twice, self-employed, and barely scraping by, all because of what he saw and captured.

His identity was splashed across newspaper headlines, television screens, and radio stations after he gave the eight-minute footage to KTLA.  George had a couple of death threats in the mail-one saying, "Be careful when you start your car in the morning," and the other was an envelope full of knife drawings-and people would often say, "You're the one who triggered the riots."

His first wife had abandoned him. "Every day, there was a sea of reporters," he said as he sat at my kitchen table. "Maria was adamant about not leaving the house." His second marriage also didn't work out.