Attn: Ted Lasso Fans! Sam Is Getting His Own Song?

Ted Lasso: Is Sam Getting a Song?!

Calling all Richmond fans! Get yourselves ready. We've heard the chanting of "Jamie Tartt - Dodododo- Jamie Tartt - dododododo" and the unforgettable "He's here! He's there! He's every f***** where, Roy Kent! Roy Kent!", but the team sport song selection may be turning its head to another player: Sam Obysania. In an interview with Brad Galli, Toheeb Jimoh, the actor that plays the gentle soccer player, said these EXACT words:

Brad: Sam needs a song, Toheeb. That's what I'm saying. Everyone has these great songs. Sam needs one.

Sam: We might- we may or may not be hearing a Sam Obysania song in season two.

We all know what "may or may not" means. Even look at the way he says it:

Jimoh and Cristo (Danny Rojas) are so obviously trying to keep themselves from saying THERE IS A SONG AND WE KNOW WHAT IT IS AND IT GOES LIKE THIS! I mean, look at those faces. So, I think it's officially safe to say that we can't wait!

If there is any character that deserves a song, it is definitely Sam Obysania. He stands up for what's right and never says a bad word about anyone or anything. In a recent interview with GQ, Jimoh discussed the value and importance of his character's stance against Dubai Air in the show. While the company is fictional, it mirrored some of the problems and corruption currently happening in Nigeria causing the actor to receive several appreciative messages from Nigerians. He told GQ, "It's a big reminder that it might not be front-page news for western media outlets, but those of us who are from the diaspora have still got our eye on stuff going on. I feel privileged to be able to tell the story." So, his character is insanely principled AND the actor is the same way? How does he not ALREADY have a song?! 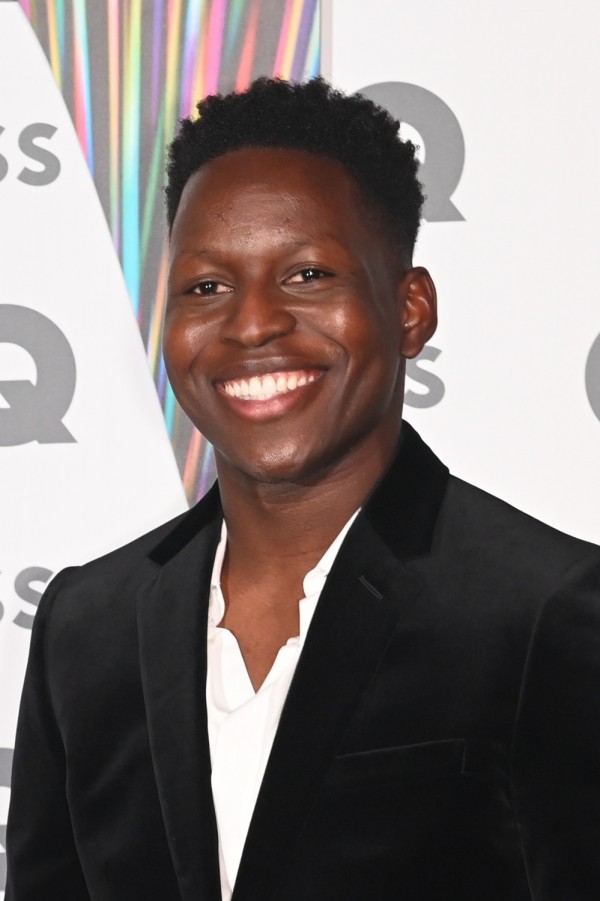 Jimoh also alluded to a possible extension of the show beyond the originally planned three-season arc. He told GQ, "There's enough mileage for four, five, six seasons, but I don't want to make any promises. We need Sam to get his own song, but mayyyybeee we should stop telling him secrets. (Don't get me wrong, I'm excited to know there's even a chance this show could continue! I literally want it to go on forever.)

We will be watching and waiting to see what this Sam song could possibly be. Maybe in the meantime we should all try writing our own, and see who gets closest? Maybe? No? Alright. New Episodes of Ted Lasso appear every Friday on Apple TV+!