Queen Elizabeth II Heartbreak: Monarch At Risk of Being Overthrown Because of THIS 'Domino Effect' [REPORT]

Will all of Queen Elizabeth II's hard work, dedication, and service to Britain and its other sovereign countries go to waste?

The British royal family has received a serious warning from a royal historian that Barbados could be a mark of the start of a domino effect as it heads toward getting rid of Her Majesty as its head of state.

What Did Barbados Do to Queen Elizabeth II?

Known as Little England, the Caribbean island nation of Barbados will be removing Queen Elizabeth II as its head of state later this year.

The nation is one of the 16 countries that still recognize the 95-year-old monarch as its head of state.

After more than 20 years of careful planning, Barbados will become the world's newest republic while removing Queen Elizabeth II as its nominal head of state.

Now, the Queen only rules about 15 countries.

But it isn't just Barbados that's planning to do this, but another British Commonwealth as well.

It has been reported that Jamaica is also considering removing Queen Elizabeth II as its nominal ruler.

As Barbados steams ahead with its plans, royal commentator Dr. Ed Owens has warned that the Caribbean country will not be the last to overthrow the British crown.

In fact, he claims that Barbados' plan is "probably the beginning of the domino effect we are going to witness."

He explained, "[It] does to some extent point towards a future where the monarch will no longer have this role as head of state of various other realms and countries."

READ ALSO: Queen Elizabeth II Forced To Give THIS Up Not Solely Because of Health Concerns 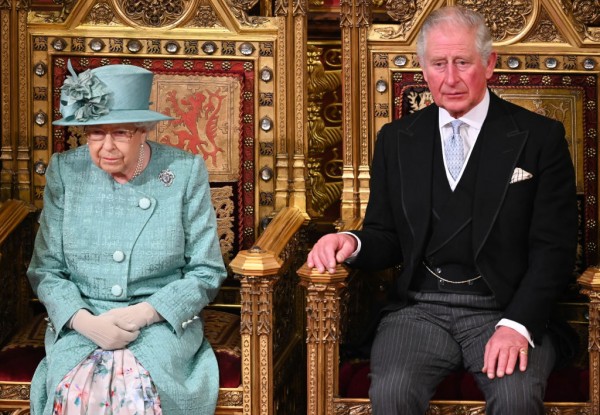 Owens further stressed that this republicanism wave and the nation's desire to be independent won't apply in other realms that still recognize Queen Elizabeth II as their sovereign for the coming years.

"These things often take time to change, I am not anticipating we are going to witness the Queen losing her position as head of state of various other countries anytime quickly."

Owens added, "I imagine [the domino effect] will take time because there is got to be a political consensus behind any movement for a republic," as she is still head of other islands in the Caribbean.

And as for Prime Minister Mottley, Owens said that it is known her political plan is always republicanism.

So by electing her, "The people of Barbados were signaling clearly they agreed with her politics and program for a republic in Barbados."

READ MORE: Prince Harry and Meghan Markle's 'Sussex' Estimated To Be World's 'Richest' Brand Because of THIS [DETAILS]

Rumors believe Queen Elizabeth has been using her power to order her son, Prince Charles, to take away Prince Harry and Meghan Markle's royal titles.

During former President Barack and Michelle Obama's visit in the United Kingdom in 2011, Her Majesty hosted a state banquet. At one point of the evening, the Queen wanted to excuse herself from the gathering over a hilarious reason.

One royal author believes that Prince Harry felt like he was "erased" from the Royal family during Queen Elizabeth II's 2019 Christmas broadcast.

Rihanna was already practically roalty, but now she IS royalty. Or at the very least a National Hero.

According to a new documentary, Queen Elizabeth II had a tough year in 2021.

As Barbados cut ties from Queen Elizabeth II as their head of state, the country recognized Rihanna as one of their significant figures.

Queen Elizabeth 'Dying With a Grudge' Against Camilla Parker Bowles? Prince Charles Weeps Before the Highness Over This Reason [Report]

Queen Elizabeth is allegedly holding a grudge against her daughter-in-law Camilla Parker Bowles, which had apparently affected Prince Charles to the point of tearing up.

A source previously revealed that Queen Elizabeth II is shocked on how the Duke and Duchess of Cambridge spends their time with their children in a certain part of their house.