Squid Game is the dystopian, death threatening Netflix show that has taken the world by storm. Making history with 142 million household views, the show has become a hit in a way that no one saw coming - not even Netflix. The Co-CEOs of the streaming service, Reed Hastings and Ted Sarandos, have both expressed their pleasant surprise that the show skyrocketed in this impressive way. 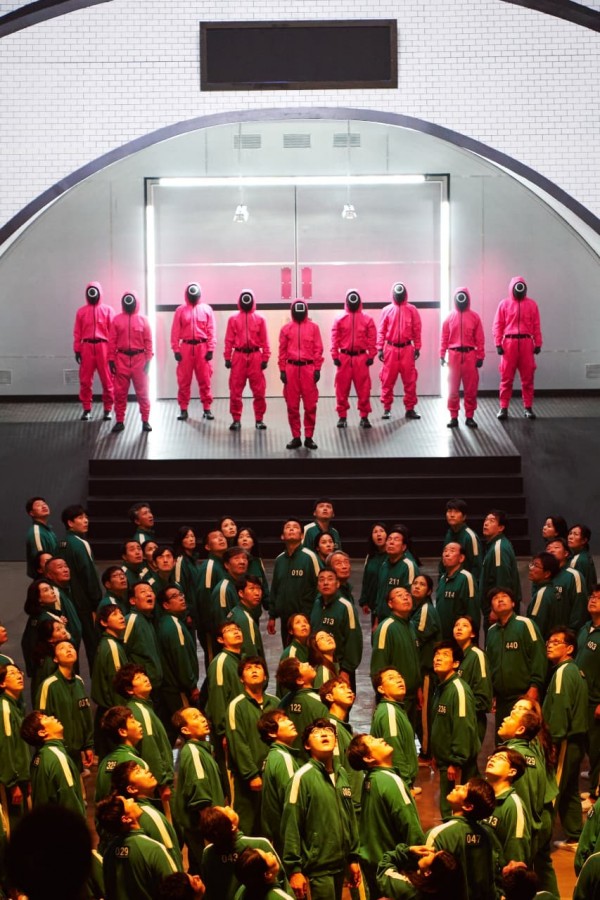 Furthermore, in a society obsessed with social media fame, be it TikTok, Instagram, or Twitter, it may be some cause for alleviation that even the CEOs of the largest streaming service don't really understand why any specific thing goes viral. Sarandos commented:

How something can go viral is really hard to predict but it's super powerful when it happens. The show has to deliver the goods to deliver that much viewing and to have people talking about it, in such shorthand that it can be spoofed on SNL. It's hard to predict, sometimes you think you've got lightning in a bottle and you're wrong and sometimes you've got a great Korean show that turns out to be lightning in a bottle for the world.

So, note to self: relax. No one understands the algorithm.

Furthermore, while the show is far from a light hearted comedy, the SNL spoof Pete Davidson and Rami Malek created of the show will make anyone want to join Squid Game. Get those very real phone numbers ready! (If you don't get that inside joke, you're going to want to check out this article.)

The surprise of Squid Game serves to give hope to creatives everywhere. The next big hit is not necessarily going to come from a major production company or big Hollywood names. Hastings remarked, "There's got to be other amazing ones like that that even Ted or I don't yet know about that are digesting in the Netflix content engine." The next hit show is out there, and, odds are it will come from somewhere none of us are expecting.

We can't wait to see what the next big thing will be. In the meantime, we will be excitedly anticipating whatever Dong-hyuk, the writer of Squid Game has in store next.

"Squid Game" star Jung Ho Yeon reflected on her recent popularity and how her famous boyfriend reacted to her milestones.