In "Lost Session," Netflix's "Cowboy Bebop" showcases its unique fourth-wall-breaking action and heavy use of stylistic colors. Cho, Shakir, and Pineda ping off each other with an easy camaraderie, and put their anime-faithful costumes on full display. Starting off with the iconic "Cowboy Bebop" theme song, "Tank!" by Seatbelts, and leaning into its retro, noir aesthetic, fans of the original anime are sure to be hit right in the nostalgia feels when watching this sneak peak into the series. The live action versions of Spike Spiegel, Jet Black, and Faye Valentine spend the teaser looking for their bounty.

One of the most highly critically and commercially successful anime of all time, "Cowboy Bebop" was created and animated by Sunrise, and had its original run of 26 episodes from April 3, 1998 - June 26, 1998. The anime has been a major influence to creators from Rian Johnson, writer and director of "The Last Jedi," to Orson Scott Card of "Enders Game" fame, and has often been studied due to its standout style and masterful mixture of genres in both its storytelling and music. Many have cited "Cowboy Bebop" as their gateway into becoming fans of the anime medium. 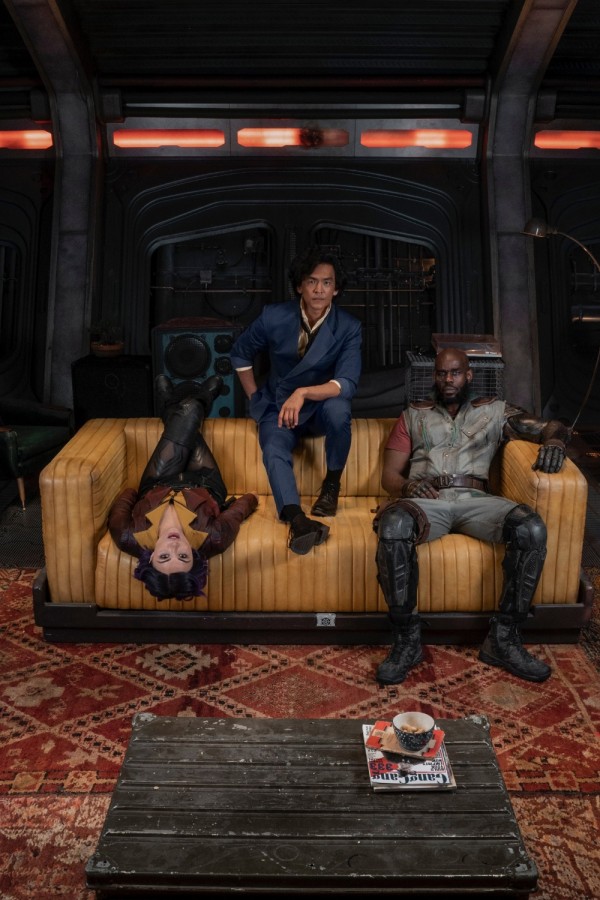 "Cowboy Bebop" is set to be released on November 19, 2021 on Netflix. The series is slated to have 10 episodes.

For the latest in entertainment news and commentary, tune in to Enstarz! We promise to bring you the latest and best in news on your favorite celebrities, TV shows, and films.

Tags: Cowboy Bebop netflix live action teaser
© 2021 EnStars.com All rights reserved. Do not reproduce without permission.
Most Popular
You May Also Like