Prince Charles has received a warning from Princess Diana's biographer.

When Prince Harry and Meghan Markle stepped down from t8heir senior royal roles, they took part in an exclusive interview with Oprah Winfrey detailing the Duke of Sussex's strained relationship with his dad, Prince Charles.

He claimed in the bombshell interview, "I didn't see a way out. I was trapped but I didn't know I was trapped."

The dad of Lilibet Diana and Archie Harrison explained, "Trapped within the system like the rest of the family."

"My father and my brother are trapped. They don't get to leave and I have huge compassion for that."

Prince Harry also revealed in the same interview that the future king stopped taking his calls before confessing that he really let him down.

"He's been through something similar. He knows what pain feels like. I will always love him, but there is a lot of hurt that's happened."

But according to Princess Diana's royal biographer Andrew Morton, Prince Charles should go in hiding once Prince Harry's reported memoir comes out.

In July, it was reported that the Duke of Sussex is writing an intimate and heartfelt memoir in a multi-million dollar deal with a publishing house.

The book is currently untitled, but it is expected to come out in 2022.

Penguin Random House said in a statement, "Prince Harry will share, for the very first time, the definitive account of the experiences, adventures, losses, and life lessons that have helped shape him."

However, according to Morton, the book will make Prince Charles look like a bad father. 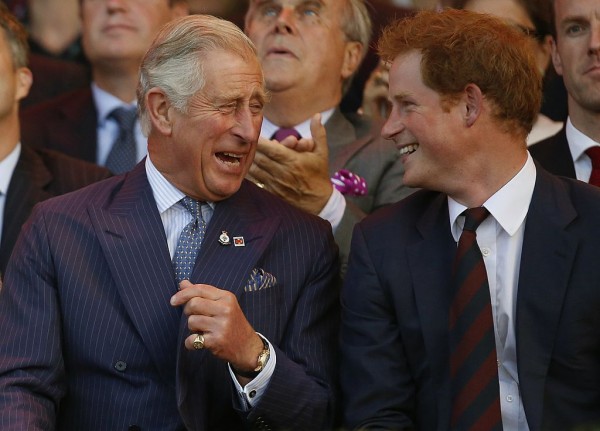 "I think we're going to see Charles once more in the firing line."

The book will also be ghost-written by Andre Agassi, who also had a problematic relationship with his dad.

"It is written by someone who spends a lot of time investigating father-son relationships."

In a podcast in May, Prince Harry stated how his dad treated him the way he was treated.

He claimed that parents usually do the most they can to try and say that it shouldn't happen to their kids how and what they encountered before, ensuring "' that doesn't happen to you.'"

But with his kids now, the Duke of Sussex has vowed that he will not be like his dad, "breaking the cycle" of pain for his two kids.

Princess Diana got the "fairytale wedding" of her dreams when she married Prince Charles, but the divorce that ended their story was not her first choice at all.

Prince Charles drops a major hint in his Jordan tour that Lilibet Diana and her parents could go back to the United Kingdom.

Despite knowing what his future holds, Prince Charles is said to be hesitant about becoming the next King of England.

Duchess Camilla Fears THIS When Prince Charles Becomes King; What Could This Be?

Prince Charles is next in line to become the monarch after Queen Elizabeth and his wife Duchess Camilla is reportedly fearing for one thing in the future.

Nobody could have predicted how Prince Charles and Princess Diana's love story would end, since it was really epic.

Queen Elizabeth Blames Self For Failed Marriages WithIn The Royal Family, Historian Claims

A royal historian claims that Queen Elizabeth II blames herself for the ruptured marriages of three of her four children.

Duchess Camilla Faced One of Her BIGGEST Fears For Prince Charles; What Could This Be?

Duchess Camilla previously revealed one of her biggest fears and she overcame it just to be with Prince Charles.

Will Prince Charles Ever Be King While Queen Elizabeth Is Still Alive? Royal Expert Weighs In on Speculations

The public has been speculating on the possibility that the Queen will abdicate and let Prince Charles take over her duties as a monarch. Recently, a royal expert weighs in on the situation.