Move over EDM! The most high-tech modern music of 2021 is classical. Specifically the piano.

The piano is an instrument almost synonymous with tradition. Pianos evoke memories of great composers such as Bach and Beethoven. They make us think of festive Jane Austen parties, where some talented ingenue would take to the keys, entrancing the hearts of the polite gathering. However, this source of entertainment has fallen by the wayside as fewer and fewer people prioritize learning the instrument. Between the inundation of flashy, spectacle-ridden modern media and a lack of those knowledgeable of how to play, the piano has often been put in the proverbial corner.

But, much like Baby, Steinway & Sons refuses to leave it there. 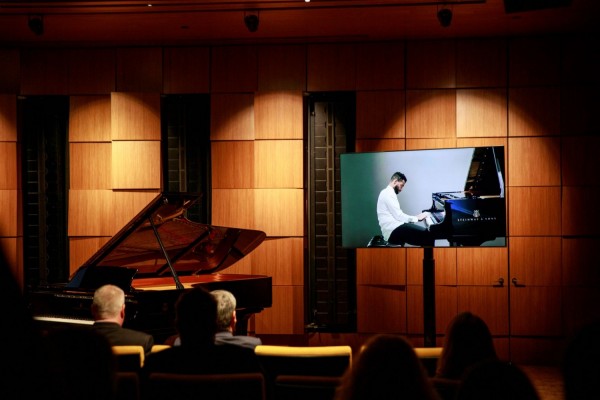 Monday night, I was fortunate enough to attend an event for the newest Steinway and Sons technology, Spiriocast. Spiriocast, as the company has described, "is the broadcast of high-resolution music data, perfectly in sync with video and audio from one spirio|r piano to one or many Spirio instruments." This comes coupled with the original Spirio technology, which allows pianists to listen back to what they have just played. Honestly, the technology is as incredible as it sounds. We gathered in New York City's Steinway Hall to hear a live performance by Kris Bowers who, thanks to Spirocast technology, was performing from California.

Bowers is a perfect representation of Spiriocast's effort to bring the piano into the modern-day. The young pianist and composer has made his name for himself in television and film, having done the music composition for Dear White People, Green Book, and Bridgerton. The music of Bridgerton caught on faster than Covid-19 (too soon?). Regardless, the infectiously catchy music of Bridgerton took our favorite modern day, pop-culture songs and reimagined them as classical pieces. It gave our generation a venue through which to understand that genre of music. We understand the emotions behind the songs we hear on the radio, but hearing them piano-ified allowed us to feel a deeper temper and heart that we would not have otherwise been able to access. Bowers through this composition struck the perfect balance between traditional and topical. Steinway & Sons is doing that for it's instruments.

The company is almost synonymous with tradition. The only piano manufacturer in the country, Steinway and Sons has maintained the same workshop in Queens, New York since 1870. However, they are constantly innovating, striving to ensure the Steinway stays relevant and radical in the music world. The storefront of the company has recently moved from their location on 57th street to a well-lit, window filled space on the Avenue of the America's. Upon speaking with Eric Feidner, the Chief Technology and Innovation Officer at Steinway Musical Instruments, this move was made in an effort to make Steinway seem more accessible. Rather than remaining closed off in a space that screamed invite-only, the open, visible concept of the new storefront comes together in an encouraging opus that sings welcome.

There was also a live performance at the event featuring Simon Mulligan who is in the photograph below. 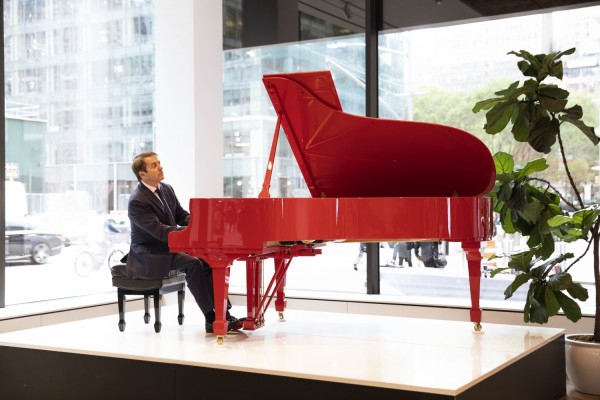 The Spiriocast technology extends the same welcoming hand, offering both tradition and modern acceptance. While the technology in the piano is incredibly modern, Feidner noted that, "the piano is identical as far as everything involved in playing a standard Steinway piano versus a Spirio piano. In fact, most especially, the recording system that I spoke about, the optical sensing system, in no way touches any part of the action at all." The company has taken inspiring care to ensure tradition is preserved while moving forward. 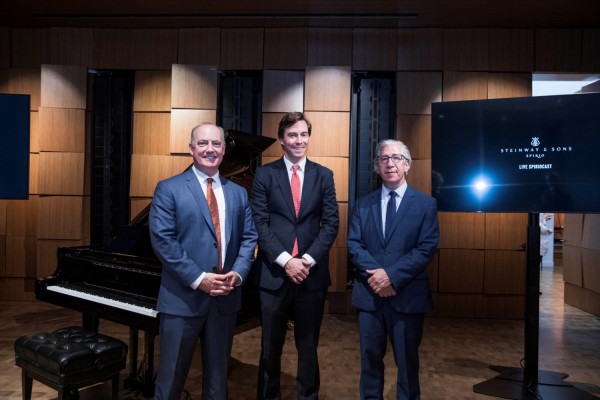 Many may make the mistake of assuming that those interested in classical music would resist updating with the times and vice versa, but this has not proven to be the case. If Bridgerton alone was not proof enough, the President of the company, Gavin English, smartly remarked:

Steinway is obviously a very traditional company, but our clients buy new pianos, are always open to new technology, and currently half the pianos we manufacture and sell are Spirio pianos. So, I can envision, in a not too distant future, that growing and growing. So people are open to that technology. 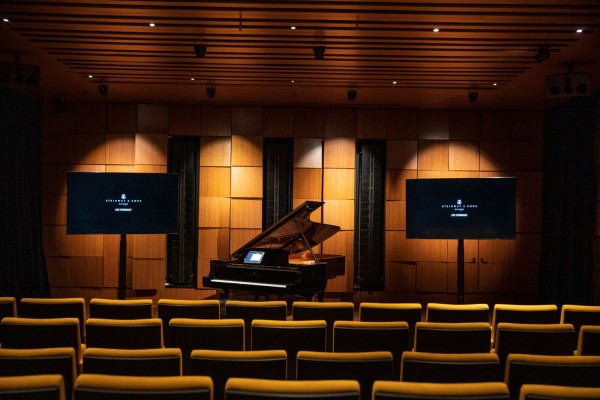 The Spiriocast technology revitalizes and encourages the necessity of a piano in the home. In speaking to Feidner, he remarked that the technology will hopefully help to alleviate some of the guilt felt by people who want to have a piano but will not likely sit down to play it. Now, regardless of whether or not you have a Mozart in your home, the piano can once again be enjoyed in all of it's musical glory.

Steinway has mastered the marriage between modernizing and maintaining. Classical music has a definitive place in modern media, especially within the current spike of televised historical fiction happening now. If I were you, I'd get into piano music now. It's the next big thing.

Tags: Steinway and Sons Piano Kris Bowers Bridgerton
© 2021 EnStars.com All rights reserved. Do not reproduce without permission.
Most Popular