Here is your first look at the upcoming television series The First Lady  and Viola Davis is already blowing us all away! Davis, who has been seen in Fences, The Help, Suicide Squad, and so much more. She portrays Michelle Obama in the series. As can be seen in the first look, the Oscar winning actress has absolutely perfected the character, as you can see in these exclusive images from The Entertainment Weekly

The show The First Lady examines the role of the many powerful first ladies throughout history who had visable impacts on the President's leadership. It will chornicle the legacies of many our our nation's first ladies including Michelle Obama, Betty Ford played by Michelle Pfeiffer, and Eleanore Roosevelt played by Gillian Anderson. While these are members of the main cast, several others historical political figures will be featured in a recurring sense.

Everything Viola Davis touches turns into a masterpiece. We can, therefore, feel secure in the knowlege that The First Lady will be an entierly unmissable series. Davis has made history as an actor. She won an Emmy Award for her work on the series How to Get Away With Murder, making herself the first black woman to ever win for lead acress in a drama. We are excited to see her take on yet another powerful female role, giving a voice and credit to those it may have otherwise escaped. Davis has felt strongly about the voices of women for a long time. In an interview with Vanity Fair last year she expressed, "We know as women, when you speak up, you're labeled a bitch-immediately. Unruly-immediately. Just as a woman. As a woman of color, there is very, very, very little you have to do. All you have to do is maybe roll your eyes, and that's it." We are so excited to see her play a vital part in a show which aims to give powerful women the credit they deserve. 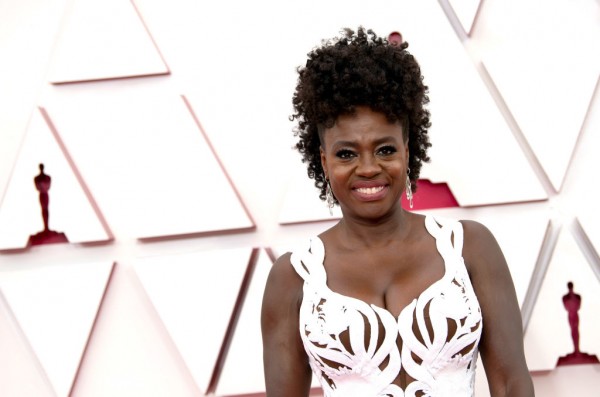 The First Lady will be premiering on Showtime in September of 2022! I'll be watching. Will you?

Tags: Michelle Pfeiffer gillian anderson Viola Davis The First Lady
© 2022 EnStars.com All rights reserved. Do not reproduce without permission.
Most Popular
You May Also Like

Is Michelle Pfeiffer jealous of how her husband, David Kelley, grows closer to Nicole Kidman?

More updates have been revealed about Paul Rudd-starred "Ant-Man and The Wasp 3," including a new title!

Michelle Pfeiffer Was Asked About Her Weight During 'Scarface' Reunion, And The Audience Boos The Question

Michelle Pfeiffer joined the rest of the 'Scarface' cast onstage for a reunion panel, where she was asked about her weight by the moderator. Drawing overwhelming boos from the audience, the moderator later issued a statement in his defense.

With news of Jessica Lange leaving 'American Horror Story' after season 4, there will likely be numerous older actresses hoping to replace her as the series goes forward.

Aniston was wearing her huge engagement ring, which has been valued at $500,000.