'The Wheel of Time' Rolls Into An Instant Smash Hit For Amazon Studios!! Is There More Fantasy in the Streaming Service's Future?

Time is unstoppable, and apparently the new series The Wheel of Time is equally powerful. The show, adapted from the fantasy book series by Robert Jordan, has been an instant hit on Amazon Prime Video. While Amazon Prime Video does not reveal its concrete viewership statistics, the head of Amazon Studios, Jennifer Salke said in an exclusive with Deadline, "We can firmly say that Wheel of Time was the most watched series premiere of the year and one of the Top 5 series launches of all time for Prime Video." The studio head added, "it's definitely trending to exceed our expectations which were high." The streaming service has announced intentions to take this forward fantasy momentum and capitalize on it to the best of their abilities.

The launch of the series opened the eyes of the network to the promise and potential in the fantasy genre. As this realm of make-believe has brought more eyes to the streaming service than almost any other show on the site, Amazon has decided to set it's focus, at least in large part, on these other-worldly endeavors. Salke explained to Deadline, "You will see us continuing to invest in fantasy genre of all kinds, we have a genre-focused team on the ground in Studios who work tirelessly with our creative partners on those slates, and you can look forward to more." We definitely are! 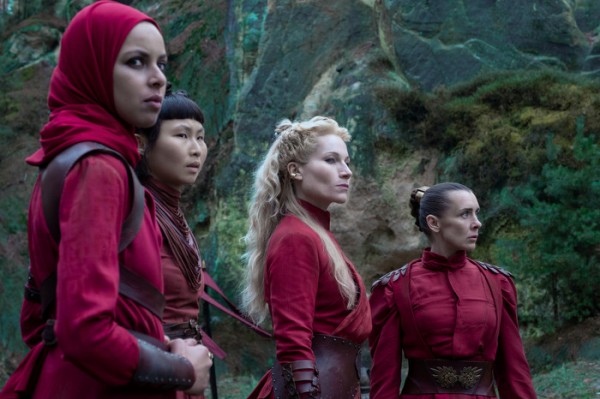 We can't wait to see what else The Wheel of Time and fantasy folks at Amazon Studios have in store.

Tags: The Wheel of Time Robert Jordan Amazon Prime Video Prime Video
© 2021 EnStars.com All rights reserved. Do not reproduce without permission.
Most Popular