No Murders Tonight! Steve Martin Takes to Twitter To Congratulate 'Only Murders in the Building' Co-Star Selena Gomez on People's Choice Awards Win!

The People's Choice Awards were held on Tuesday. Your favorite stars from various genres and artforms came together, in some INCREDIBLE outfits, to celebrate the work they've done over the year and, obviously, to see who had won! We had our predictions, but, regardless of whether we were right or wrong, we were thrilled with the winners! One winner we were especially thrilled about was Selena Gomez  taking home the award The Comedy TV Star of 2021 for her work as Mable in the hit Hulu series Only Murders in the Building. Gomez leads the show alongside comedy legends Martin Short and Steve Martin. 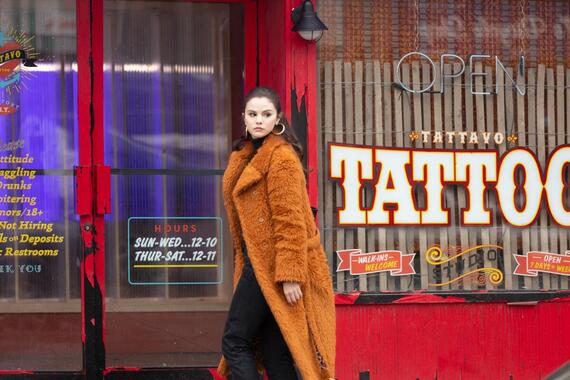 We have been told time and time again about the cutthroat and competitive nature of Hollywood. Awards shows can often bring out this very nature. That is why we are overjoyed when we see cast members that truly like each other's company and support each other's wins. Steve Martin took to Twitter to celebrate Selena's People's Choice Awards success. He re-tweeted her acceptance speech video, which had been tweeted out by the E! News account. He captioned, "Wow! Congrats Selena!" We love seeing stars celebrate each other's victories.

Gomez was overjoyed by her win. Unfortunately she could not be at the PCAs in person. Why? Because she was off shooting season two of Only Murders in the Building. That's a pretty good reason if you ask us! Gomez exclaimed, "I am so honored to get this award. Thank you so much for believing in the show and for enjoying." We have CERTAINLY been enjoying the show. It is the most successful original comedy series Hulu has ever produced. We cannot wait to see what season two has in store (especially because Cara Delevigne will be joining the cast). 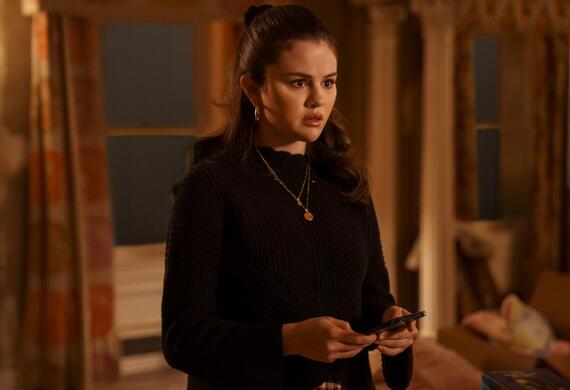 Tags: martin short steve martin Selena Gomez people's choice awards Only Murders in the Building
© 2022 EnStars.com All rights reserved. Do not reproduce without permission.
Most Popular
You May Also Like

Season 2 Is In The Building! Martin Short, Steve Martin, and Selena Gomez Spotted in NYC Filming 'Only Murders in the Building' Season 2! We Have The Pictures Here!

Only Murders in the Building, the top Hulu original comedy series of all time, has officially started filming its second season, and it has been caught on camera.

Despite its ups and downs, the year 2021 provided us with several awesome TV series to keep ourselves busy with - the MCU hit hard this year, and new series like Squid Game captured our attention as we mourned the end of Brooklyn Nine-Nine.

The hilarious murder mystery will soon be joined by a new set of eyebrows! Actress, model, and musician Cara Delevigne will be joining the cast of the hit Hulu show Only Murders in the Building.

The Magic and Mystery is Back!! Disney+ Announces TV Adaptation of Hit Book Series 'The Spiderwick Chronicles'

Calling all fantasy-mystery-reading nerds, The Spiderwick Chronicles is being adapted into a series by Disney+!

The new whodunnit Only Murders in The Building has us all trying to figure out who the murderer is. Here are our five top suspects.