The music world has lost a legend. Singer Ronnie Spector has died at the age of 78, confirmed as per a statement made by her family on Wednesday,

Our beloved earth angel, Ronnie, peacefully left this world today after a brief battle with cancer. She was with family and in the arms of her husband, Jonathan. Ronnie lived her life with a twinkle in her eye, a spunky attitude, a wicked sense of humor and a smile on her face.

Ronnie, whose real name was Veronica Bennett, was an icon in the industry known for her smolderingly smokey vocal talents. Her rise to fame in the popular female singing group The Ronettes, which she founded in 1961, came to pass when music producer Phil Spector signed them to his music label in 1963. Also known for her roller-coaster marriage to producer Phil Spector, which broke up the group in 1967 and eventually ended after years of emotional abuse in 1974, she was quoted as saying,

He was a brilliant producer, but a lousy husband.

The Spanish Herlem native eventually became one of the most influential female singers of her or any generation with hits like her most famous ballad Be My Baby, which she reprised in a back-up track on Take Me Home Tonight with musician Eddie Money, who even name checks her in the song with the lyric, "Just like Ronnie said." The Ronnettes toured with everyone from The Beatles, The Yardbirds, and The Rolling Stones just to name a few.

A biopic was announced about the life of Ronnie Spector back in 2020, where according to a Deadline article, she personally chose actress Zendaya to play her in the film. 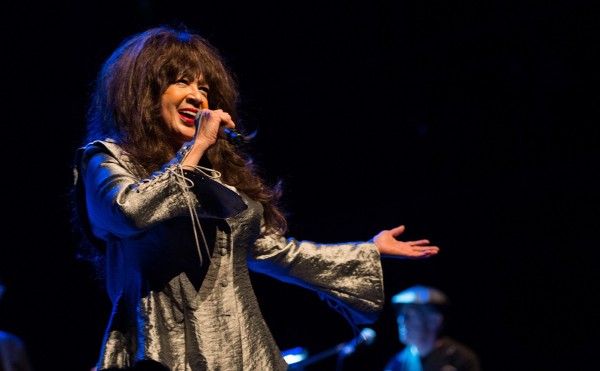 Celebrity Twitter was abuzz with fond words about their fallen idol. Brian Wilson of the Beach Boys, who considered Be My Baby to be the greatest pop recording of all time, had this to say about the loss of his friend,

I just heard the news about Ronnie Spector and I don’t know what to say. I loved her voice so much and she was a very special person and a dear friend. This just breaks my heart. Ronnie’s music and spirit will live forever.
Love & Mercy, Brianhttps://t.co/dXZKTMWv8a

The family of Ronnie Spector also left a heartfelt message for fans who would like to donate to charity in her name,

She was filled with love and gratitude. Her joyful sound, playful nature and magical presence will live on in all who knew, heard or saw her. In lieu of flowers, Ronnie requested that donations be made to your local women's shelter or to the American Indian College Fund. A celebration of Ronnie's life and music will be announced in the future. The family respectfully asks for privacy at this time.

This is a great loss for music lovers worldwide. Our deepest condolences go out for such an amazing pioneer.

Tags: Ronnie Spector celebrity deaths Phil Spector Brian Wilson Zendaya
© 2022 EnStars.com All rights reserved. Do not reproduce without permission.
Most Popular
You May Also Like

Zendaya has taken to Instagram to pay tribute to the legendary, recently late icon Ronnie Spector.