Plenty of critics like to sling the accusation that Adam Sandler isn't funny anymore. Those same haters often cite the SNL alum's 1996 flick Happy Gilmore as the pinnacle of Sandler's comedy skills (although some prefer 1995 Billy Madison).

And now it seems that Sandler is reminding everyone of just how funny he can be by teaming up with one of his costars from his movie about a failed hockey player turned professional golfer.

In the nearly twenty-year-old film (yeah, let that sink in for second), Sandler and Bob Barker (the famed former host of "The Price is Right") get into a hilarious round of fisticuffs. The scene has since become an iconic moment in Sandler's career and arguably the film's most memorable. And now Sandler and Barker have created a similar sequel comedic fight

This new version, which you can watch below, was filmed as a segment for the Comedy Central special Night of Too Many Stars, which helps raise awareness and funding for Autism services.

In the recently released clip, Sandler and Barker appear in a hospital room set, where Sandler explains that Barker is recovering from hip surgery and adds, "I'm hanging out here with Bob helping him with his soup."

"I do not need your help," retorts Barker, who then drops a hysterical barrage of insults on Sandler, like "You're looking chunkier than this soup" and refers to Sandler's signature "lopidity do whacka whacka whoo voice" as the sign of a "desperate idiot." Things soon get physical with punches thrown and kicks to the groin evolving into a brutal (and hilarious) brawl.

Night of Too Many Stars Airs Sunday, March 8 at 8 PM/7PM CT on Comedy Central. 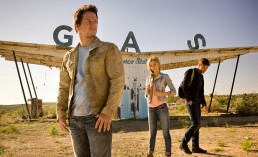 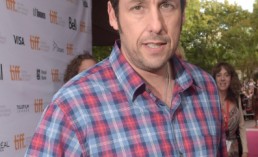