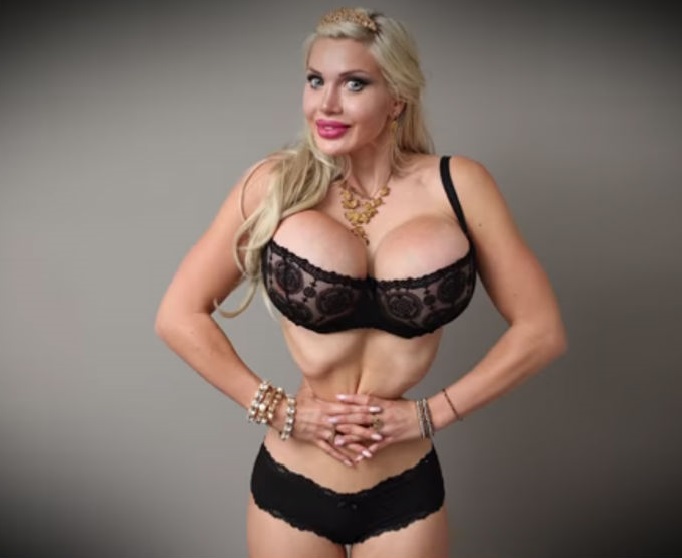 A busty model living in North Carolina named Pixee Fox, who's originally from Sweden, voluntarily had six of her healthy ribs removed to shrink her waist to a world record of 14 inches - a procedure that costed her nearly $120,000.

Fox had four rhinoplasties, four breast augmentations, liposuction, two blepharoplasties, one labiaplasty, one brow lift, one butt lift, cool-sculpting, cheek injections and lip injections, in which she spent a total of $110,200 for all procedures.

She underwent five-hour keyhole surgery to achieve her extreme hourglass figure. The procedure has taken Fox's measurements from 30-24-34 to an eye-watering 38-16-39.

Fox, who is a former electrician, has 70,000 Instagram followers. Her procedures have been partially funded by her fans, who have been following her transformation on social media and have praised her for being an “inspiration.”

The aspiring model has a list of surgeries planned for 2016 to continue her transformation.