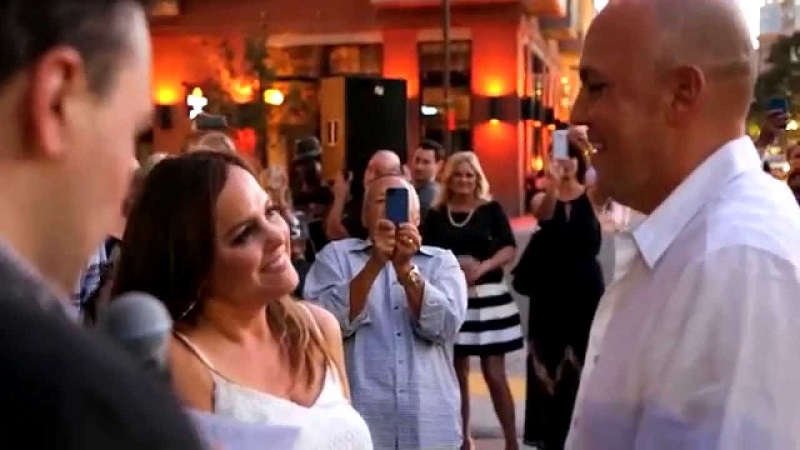 Little did Stacey knew that Rick was planning to do something she would never forget.

Rick had secretly asked for help and participation of their closest friends and relatives to gather not just for their anniversary, but for their wedding vow renewal ceremony.

To add up spice to the event flash mob starts dancing around her leading her down the street where Rick was waiting for her and had their wedding vow renewal ceremony take place right there and there witt their daughter performing a special song written for them.

The ceremony was magical and just when you think everything has calmed down, Rick has one more surprise waiting for Stacey!