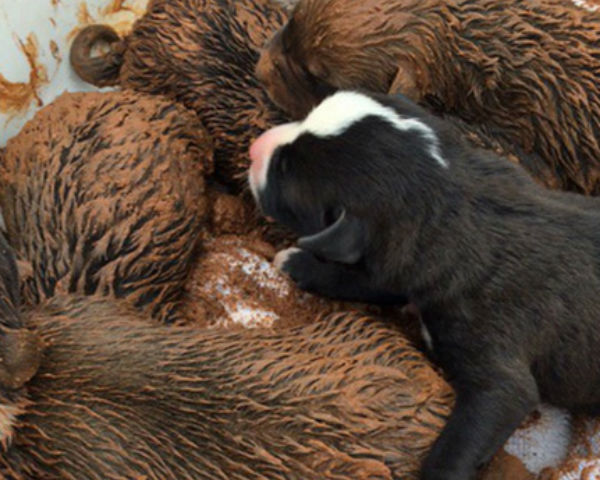 When Hickory Rescue Squad were called for a rescue, it was rather unusual on that Tuesday morning because they have to save eight new born puppies stuck in the mud under an outbuilding.

Greg Simon, the black lab's owner had to call for help since he feared the heavy rain will drown the puppies. Its mother, nicknamed Vee, woulnd't even come out even if lured with some food.

When the rescuers came, Vee was pulled out first by owner Simon and then they quickly worked to pull the eight puppies out.
Greg who was very worried just wanted to see Vee with her pups home and warm during the rainy season.

Thanks to the rescuers who immediately responded to help out the puppies and felt saving them was worth it.

© 2020 ENSTARS, All rights reserved. Do not reproduce without permission.
TAGSNew Born Puppies Stuck in Mud Under An Outbuilding Were Rescued To Safety Dog Videos Inspiring videos
SEE COMMENT
CLOSE COMMENT