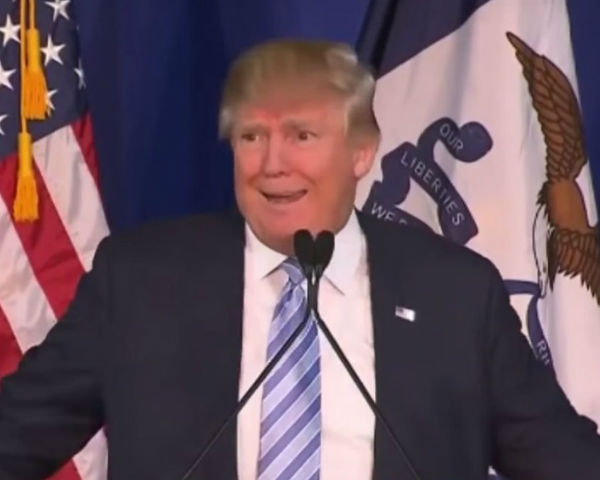 While doing his Presidential campaigns, we heard what Donald Trump might sound like if he had a British accent, and it was sort of odd and surreal — but not nearly as surreal as he sounds with a Cockney accent.

A YouTuber named Peter Serafinowicz dubbed a video of Trump talking up the impact he's had on the Democratic race. The video is entitled, "Donald Thump."