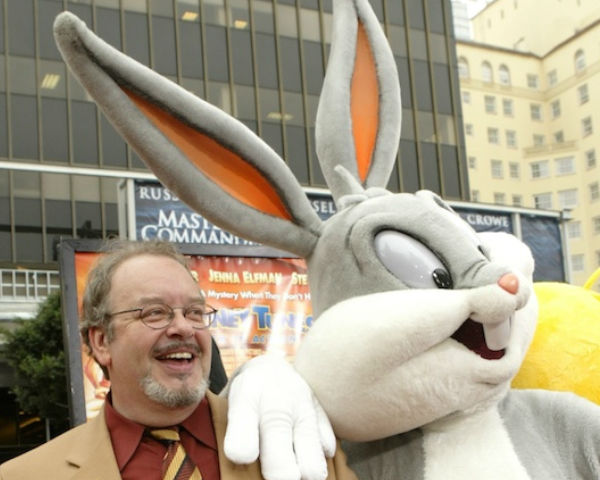 Joseph Francis "Joe" Alaskey III was credited as one of the successors of Mel Blanc at the Warner Bros. Animation studio. Alaskey alternated with Jeff Bergman in impersonating the voices of Bugs Bunny, Daffy Duck, Sylvester, Tweety and other characters from Warner Bros. cartoons, such as Plucky Duck on Tiny Toon Adventures from 1990–95.

Alaskey was the second actor to voice Grandpa Lou Pickles on Rugrats (inheriting the role after David Doyle's death in 1997). He voiced Lou again in the Rugrats spin-off series, All Grown Up and all three films. He also voiced Stinkie in Casper as well as that film's 1996 animated spin-off, The Spooktacular New Adventures of Casper.

Alaskey was in several television shows including Night Court, Head of the Class, Back to the Future, and Spitting Image: The 1987 Movie Awards. His first major film was Who Framed Roger Rabbit? as Yosemite Sam.

He was heard briefly as a voice-over announcer for the Toon Disney channel (and sometimes Dcom extras on Disney Channel). He was the voice of Curt Connors in the Spider-Man 2 video game and Doctor Octopus in Spider-Man: Friend or Foe.

Alaskey died in Green Island, New York from cancer on Feb. 3, aged 63. He was survived by his brother, John, and his nieces and nephews.