Indiana Jones 5 is officially a go, and the unbeatable team of Steven Spielberg and Harrison Ford is back!

Indiana Jones 5 will be directed by Spielberg and star Ford, Disney announced Tuesday. The film is slated to open in theaters on July 19, 2019.

"Indiana Jones is one of the greatest heroes in cinematic history, and we can't wait to bring him back to the screen in 2019," Disney chairman Alan Horn said in a statement. "It's rare to have such a perfect combination of director, producers, actor and role, and we couldn't be more excited to embark on this adventure with Harrison and Steven."

Kathleen Marshall and Frank Marshall, who have been with the film franchise from the start, will produce the film.

This will be the first Indiana Jones film since 2008's Indiana Jones and the Kingdom of the Crystal Skull. When the 2019 release date comes around, Ford will be 77 years old.

Indiana Jones 5 was confirmed as a future project back in December by Disney CEO Bob Iger. Producer Kathleen Kennedy has previously spoke about Ford and Spielberg being interested in returning to the film franchise:

Here's how Twitter is responding so far to the big announcement:

I hope Indiana Jones 5 is more Raiders/Last Crusade and less Temple of Doom/Crystal Skull. I think we can all agree on that.

I'm actually happy for INDIANA JONES 5... they need to make up for the terribleness of Indy 4.

Indiana Jones 5 is an awful idea, but at least it's not a reboot.

Spielberg and Ford can do no wrong. All the yes-es to Indiana Jones 5 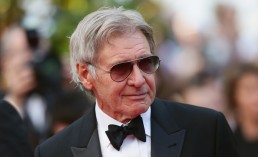 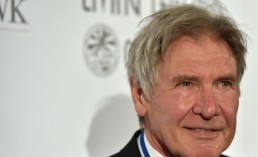 'Indiana Jones 5' Movie News: Harrison Ford Opens Up About Reprising Character, 'What's Not To Like?' [PHOTO]