Jeremy Renner wants to bring Hawkeye to the smallest of screens.

The gimlet-eyed archer is a staple of the Avengers, but Renner's character has yet to steal the spotlight in his own solo film. The actor would love to dive deeper into Clint's backstory, and he would be more than happy to join Marvel's Netflix line up to do so.

"I think that's actually a really great model, if there's ever a way to explore the character, maybe it's in that world," Renner told fans at Silicon Valley Comic Con. "These are things that are really not in my control, but I'd be open to it."

Avengers barely touched on Barton's personal life, although it did bring Hawkeye and Black Widow's (Scarlett Johannson) partnership to the fore. Avengers: Age of Ultron shocked fans by introducing Clint as a family man, particularly since viewers were largely convinced the bowman and a certain assassin were destined to be together. Speaking of which, for the love of Thor, when are they going to tell us what happened in Budapest?

It is for all these reasons Renner would love a crack at the character-driven stories of the streaming giant.

"I've really enjoyed getting to explore the character more recently," Renner said. "The Netflix model is where all the character drama goes to now, you're doing a superhero movie or a Netflix or HBO kind of model. So I'd be open to it. Not up to me, though."

Someone grant him the decision making power to get this ball rolling!

Unfortunately, Hawkeye doesn't quite fit into Marvel's Netflix universe. Daredevil, Jessica Jones, and Luke Cage fighting for the soul of Hell's Kitchen in a dark corner of the MCU, and Hawkeye is from the lighter world of the Avengers, which would make a stint on Agents of SHIELD far more appropriate. Considering he still doesn't know about Coulson's magical resurrection, however, a guest spot seems unlikely.

Catch Hawkeye in action when he joins Team Cap for Captain America: Civil War on May 6. 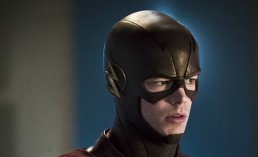 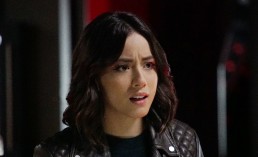 'Agents Of SHIELD' Season 3: This Inhuman Will Glimpse The Future, Tie In To Flash Forward? [VIDEO]